Earth Hour 2011, a Collective Momentum to Establish an Environment-Friendly Attitude

BANDUNG, itb.ac.id - Campaigning for energy efficiency, ITB participated in the program Earth Hour 2011. "For 60 minutes ITB turned off the campus lights, except for laboratories, to save energy together with the society," said the Director of Public Relations and Alumni ITB, Dr. Marlia Singgih. Together with students, Earth Hour 2011 was centered at ITB's East Campus Center on Saturday (26/03/2011) from 20.00 to 21.30 WIB.

Marlia added, "ITB highly supports the Earth Hour program because by saving electricity, it will help to decrease the impact of climate change." It is a bit of effort, but if it is dones together, it will certainly bring significant results, she said.

The shutdown of the lights was beun symbolically with the sound of a gong by the Dean of SAPPK, Prof. Dr. Ir. Benedictus Kombaitan, M.Sc. At once, the lights changed to candles forming the number sixty, meaning that they would save electricity for sixty minutes. Boy hopes that energy efficiency through saving electricity does not only happen during the momentum of Earth Hour, but becomes a lifestyle.

After an Hour, Make It An Attitude

The Head of Ganesha Hijau, Muhammad Fariz, explained, "Earth Hour is a campaign against global climate change through energy efficiency." It is a global activity which is held by the World Wildlife Fund (WWF) on the last Saturday pf March each year. The program encourages every house and organization to turn off its lights and unused electrical appliances for one hours, to increase the awareness of the need to act against climate change, beginning from 2007, Fariz explained.

"May Earth Hour help alleviate the electrical burden of ITB and the world as a whole," he said. Aside from that, if progrms like Earth Hour are done routinely as a part of people's lifestyle, it would certainly decrease the amount of energy used and is hoped to contribute to climate change mitigation.

As this year's Earth Hour slogan "After 1 Hour, Make it a Lifestyle," this slogan has replaced the one from last year, which was "Change the World in One Hour". With the new slogan, it is hoped that Earth Hour will not just be encouraging global citizens to turn off lights and electrical appliances for one hour during Earth Hour, but also instill environmentally-friendly attitudes as a daily lifestyle," Fariz finished. 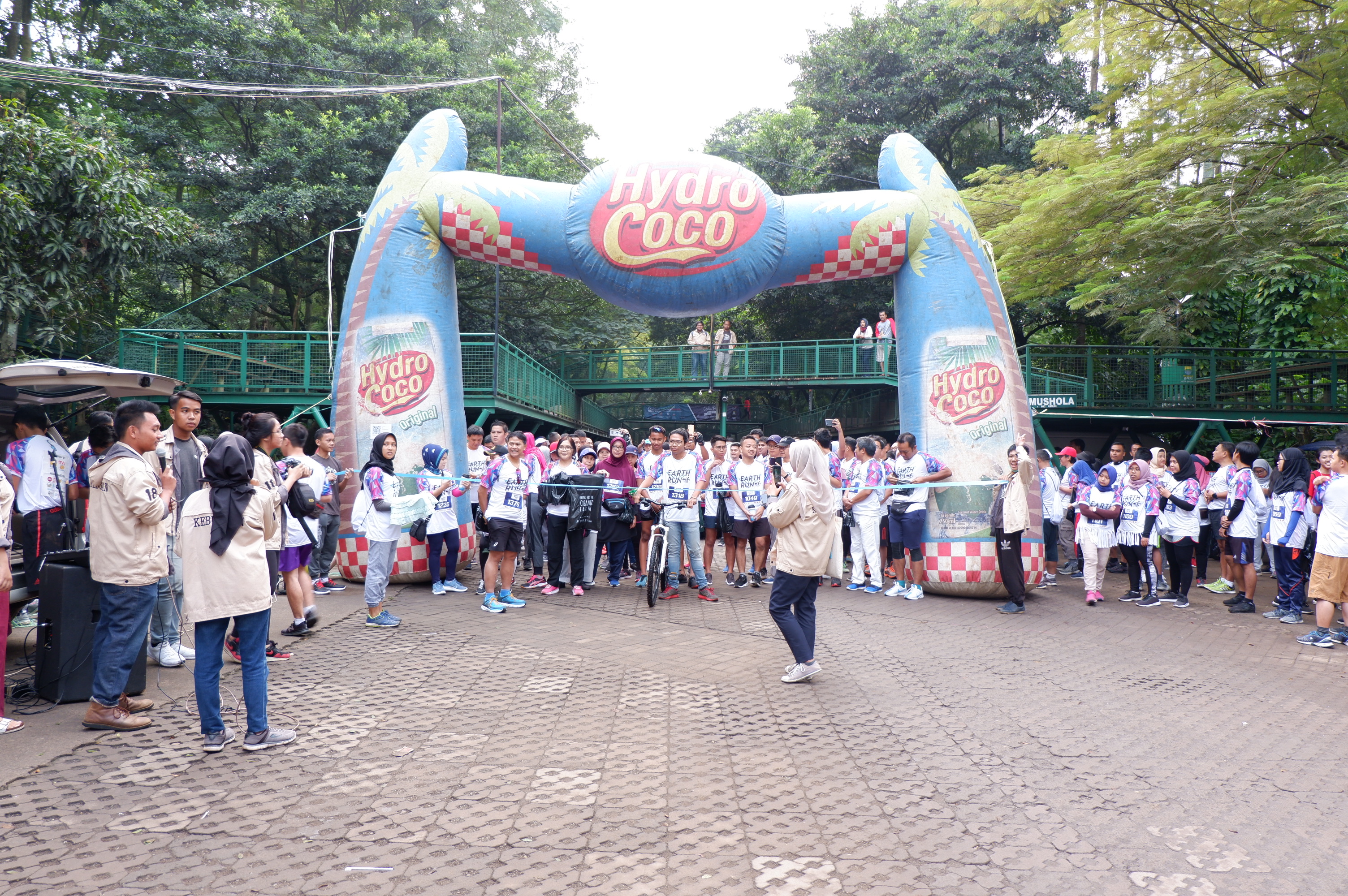