ITB Professor's Scientific Speech: Participation of Geochemical Science is a Must in Oil and Gas Exploration in Indonesia 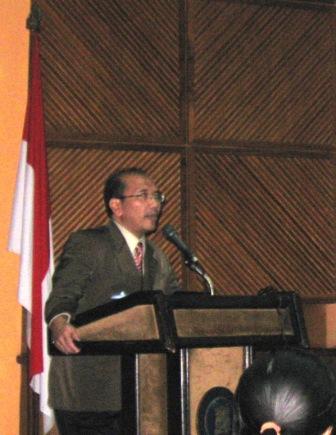 BANDUNG, itb.ac.id - Increase in oil and natural gas demand spurs an increase in petroleum exploration around the world, depleting conventional oil and natural gas supplies. To find a commercial accumulation of the two, geochemical science plays an important role. Such is put forth by Prof. Dr. Eddy Ariyono Subroto, Professor of the Faculty of Earth Sciences & Technology (FITB) in the ITB Scientific Meeting Hall.
In the scientific speech entitled 'The Role of Petroleum Geochemistry in Oil and Natural Gas Exploration Efforts in Indonesia', the man holding the title of Dean of FITB began his exposition by telling the history of oil exploration. "Seepage of natural crude oil has been known since early human history, and is oftentimes followed by the digging of a well near the location of the seepage," he said.

According to the graduate of Curtin University of Technology, Australia, energy demand all around the world has increased sharply, and Indonesia is no exception. To solve this, the government is also unearthing unconventional energy potentials. That energy exploration has made geochemical science an important and heavily needed branch.

Geochemical science itself continually grows so it doesn't only take the form of a traditional science or a science that bases its analyses from qualitative data, but also in the direction of the quantitative. At the moment, geochemistry-based basin modelling has emerged. With the presence of this modelling, geochemical science is beginning to play a more significant role. 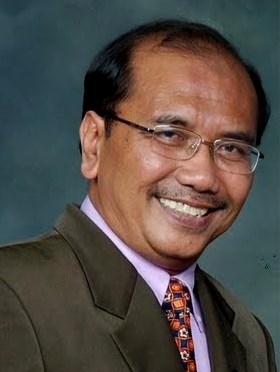 Prof. Eddy Ariyono Subroto was born in Malang on 16 June 1954. The husband of Emmy Susanny Subroto and father of Rexy Hamza Subroto and Cynthia Ghaida Subroto graduated from Geological Engineering from ITB in the year 1979, and later on he continued his doctoral education in the field of petroleum geochemistry in Curtin University of Technology, Perth, Australia.

While working in ITB, Eddy has held the position as Head of ITB Office for the Management of Intellectual Property Rights, the Geology and Paleontology Research Group Leader, Vice Dean of FITB, and now occupies the position of the Dean of FITB. He is also active in scientific publication both in national and international journals and proceedings.