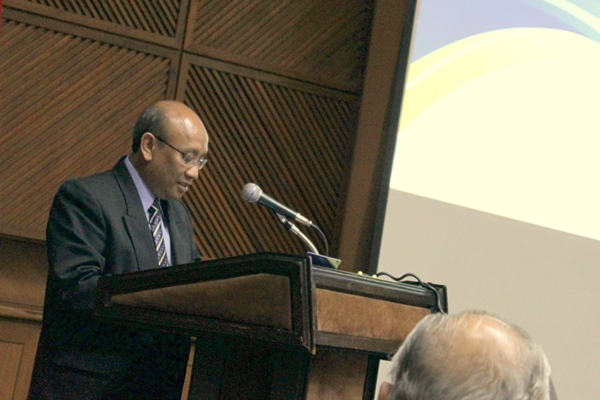 Scientific speech is a routine program, and its purpose to show ITB on Technology and Science. The title of the speech that was delivered by the Awali is "The Role of Technology in Eksplorisasi Seismic and Exploitation of Energy Resources".

Seismic as a Eksploration and Exploitation Tool

Starting from the 1920's after the discovery of a seismograph, seismology began to flourish. Seismology is the study of the earth science ffects vibrations that generate waves that spread in the earth and there is a receiver in charge of recording the wave. Recordings were obtained and processed to obtain information on the structure, type, and physical properties of the rocks.
Eksploritation role in oil and gas seismic method which gives a clear picture of the earth's surface. The results of the data processing is useful to identify the components of the petroleum system that are clues to the presence or absence of oil and gas traps in an area.

As a Seismic Reservoir Characterization Tool

As previously mentioned seismic method initially used to find oil and gas traps. In fact not only that, the method can also be used for seismic analysis stratigafi also estimate the type and physical properties of rocks.
In reservoir rocks, seismic wave propagation that occurs not only due to the factor of compression and stretching of the particles of the porous medium, but also influenced by Fluid flow in porous rocks.

Role of Seismic Technology in the Future

Due to the depletion of energy reserves in Indonesia, seismic technology provides role in future technologies. From the geological point of view, required innovations in seismic technology creates realistic images for better subsurface with high resolution. In r 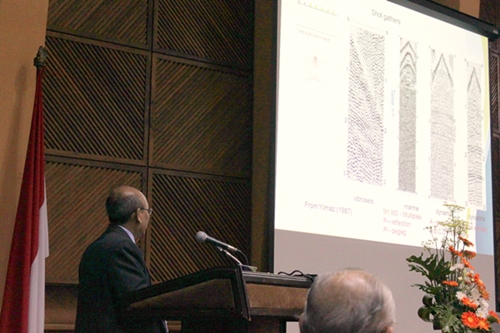 eservoir characterization, seismic methods will  contribute to understanding the structure-related fracture reservoir, porosity, permeability and fluid content.
Given eksplorisasi is still focused on land and shallow sea, eksplorisasi future will be heading to the deep ocean. If there is a failure in the drilling should bear the risk of higher costs. Therefore, a new innovation in the acquisition, processing and analysis of seismic data in the method.
In line with the depletion of oil and gas, seismic research in the field will be oriented toward finding and developing the kind of energy nonkonvesional. Among them, Coal Bed Methane (CBM), shale gas, gas hydrates, geothermal and so on. According to the data, Indonesia had approximately 453.3 TCF of CBM reserves in 11 basins of Indonesia, and the shale gas reserves about 574 TCF spread over 7 Indonesian basins. One more thing, where exploration and exploitation inevitably be separated from the environment, for it since 2012 Begin was involved in research Sequetration Carbon Pilot Project. This study is in cooperation between ITB, Pertamina, and Kyoto University. The purpose of this research is to find the place to save CO2 securely using geophysical and seismic methods.
No doubt, seismic methods have helped to determine the oil and gas drilling and eksplorisation. Although more difficult to find structural traps, seismic methods will be instrumental in the form of stratigraphic mapping, fractured reservoirs, and other forms of Indonesia.