IA Kimia ITB: Gather the Spread Ones Towards the United Chemistry 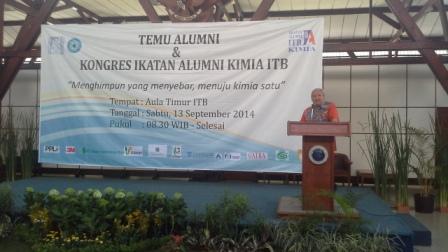 BANDUNG, itb.ac.id - The Alumni Association of Chemistry (IA Kimia) ITB held a gathering as a moment of reunion and also held a election to choose their new chief for 2014-2018. The gathering was held on Saturday(13/09/14) in East Hall of ITB. In the gathering, there were so many alumni who present and join that meeting, mostly from 1970-2009 class. The theme of that reunion was "Gather the Spread Ones Towards the United Chemistry" . This event also held to reunite the various classes that have been successful in their career.

The event was opened by Erwin Setiawan (The Chief of Congress of IA Kimia ITB) in his presentation as an opening speech. After that, Dr. Bunbun Bundjali as the Head of Chemistry Department of ITB also delivered his speech to greeting the alumni. As the Rector of ITB and as a alumni of Chemistry ITB, Prof. Akhmaloka ITB also joined that event and gave his speech, too. In his opening speech, Erwin also told that this event was held to gather th spread ones and as a reunion event for every alumn of Chemistry ITB. 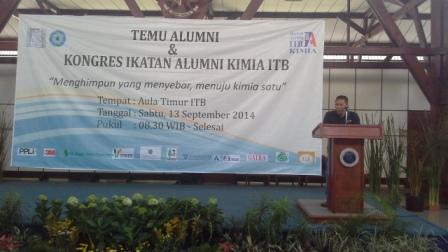 In the end of that event, Jaja Ahmad Subarja (Alumni of Chemistry ITB, year 1995) was elected to be the Chief of IA Kimia ITB for year 2014-2018. Jaja Ahmad will replace the previous chief of IA Kimia ITB, Dasrul Chaniago. In his speech, Dasrul also said that Chemistry ITB is like a factory that produce a great graduates, "Chemistry ITB is a factory. This program produce a great product to replace their old-product, but the new product will be learn from their seniors, and their seniors are ready to help them. So, this association is always there to improve the quality of the new graduates of Chemistry ITB," he said. 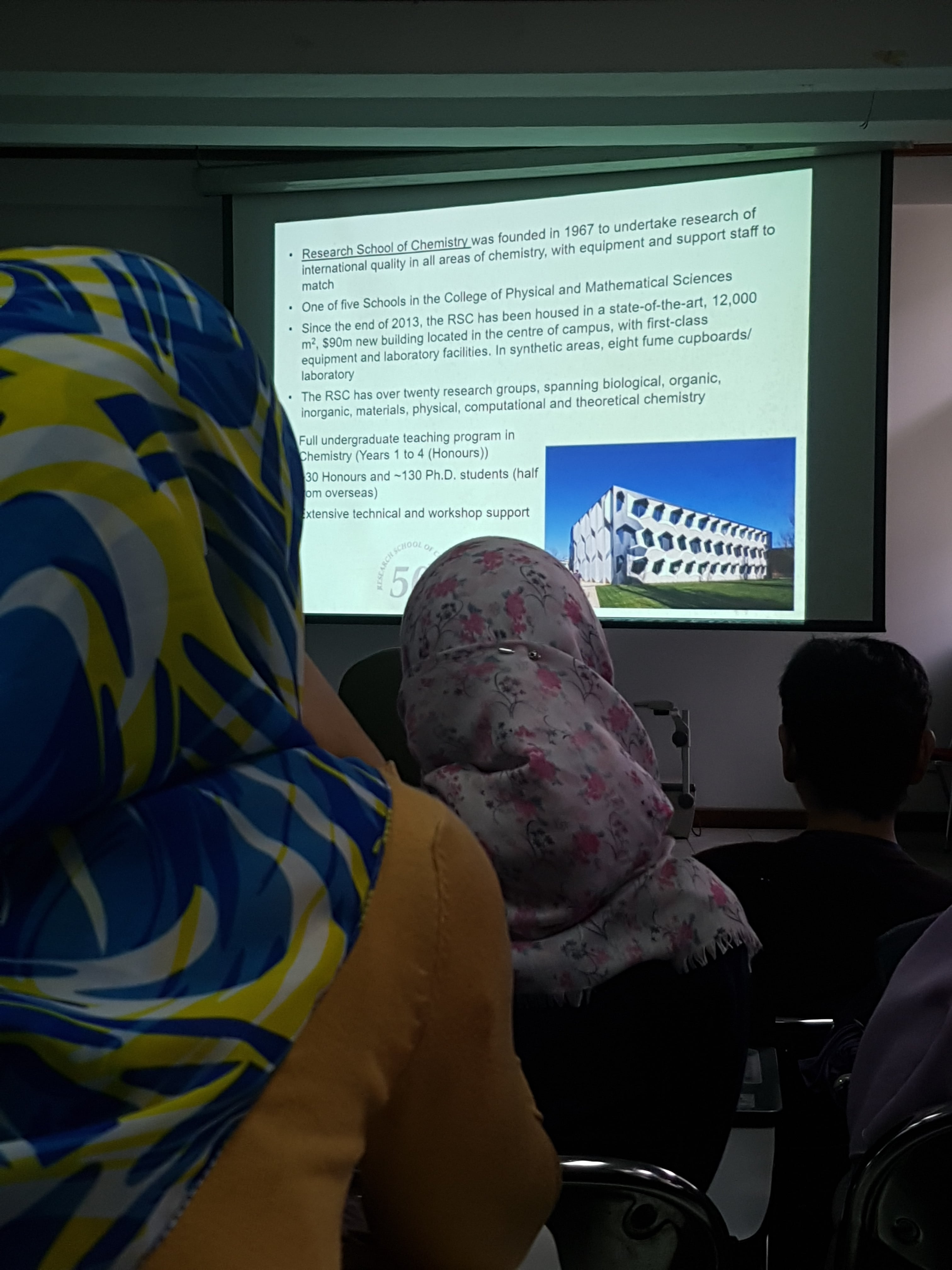 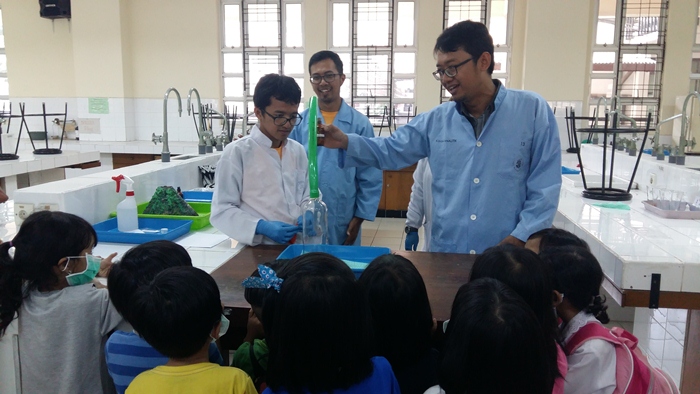