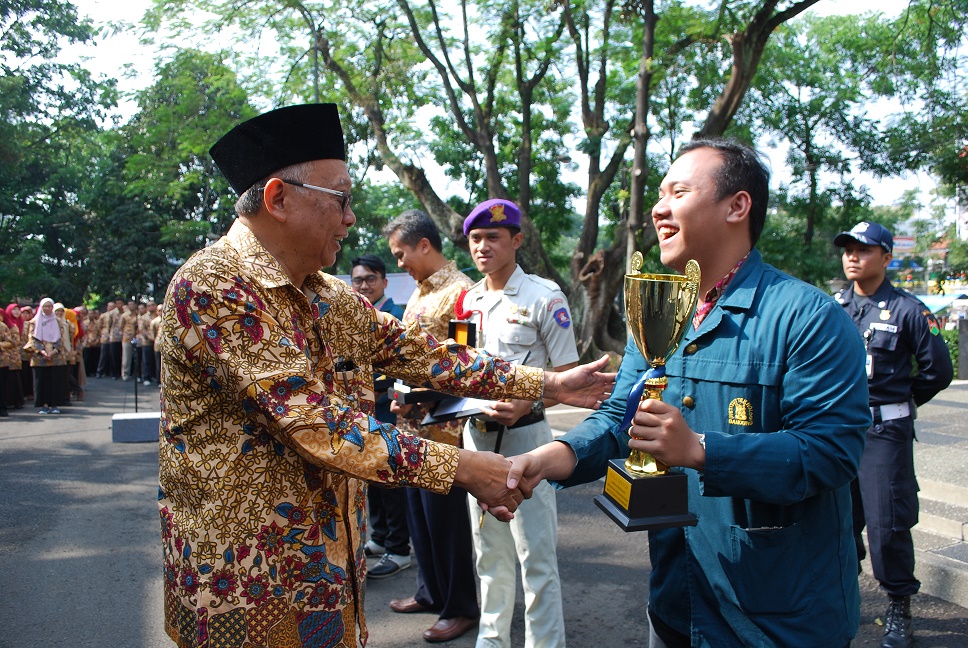 BANDUNG, itb.ac.id – Directorate for Facilities (Dir SP) of Institut Teknologi Bandung gave awards to student associations and student units which commit to cleanliness under Cleanliness Competition for ITB Student Organization 2018. The awards were presented during the ceremony for commemoration of 90th year of Youth Pledge on ITB Rector Building Yard, Jalan Tamansari no 64 Bandung, on Monday morning (29/10/2018).

“The aim of this cleanliness competition is to build awareness inside the students about the cleanliness of their campus and also to invite them to together contribute to cleanliness and the environment,” said Deputy Director for Operational Maintenance, Directorate for Facilities of ITB, Dr. Taufiq Mulyanto, ST. 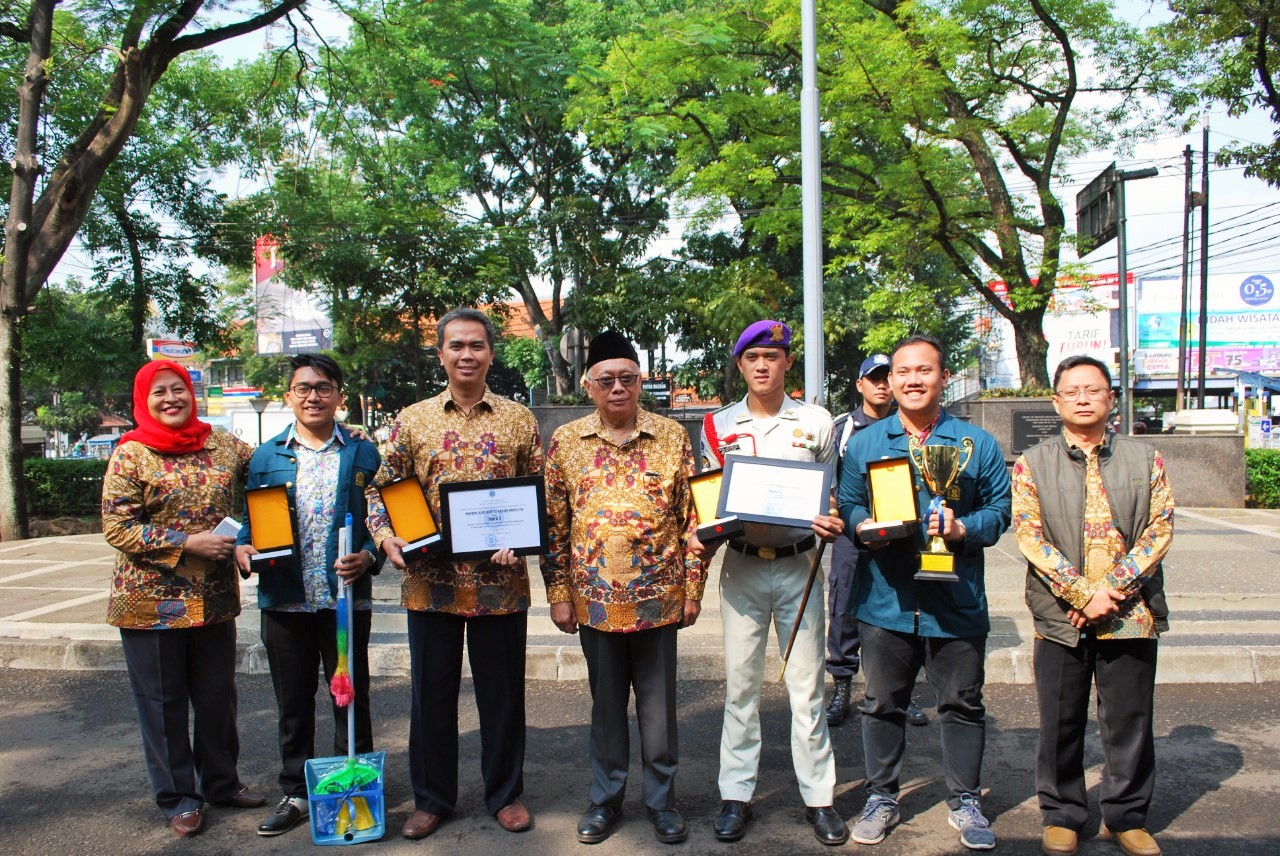 Taufiq said that the competition is the first time held in ITB. In the future, Dir SP plan to held it annually as a gesture to invite students to keep their environment clean.

The scoring is composed of four categories, the first is the participation of the student organization, second is the SOP (Standard Operating Procedure) about Cleanliness, the third is the cleaning equipment and the fourth is the implementation. The scoring was done by Dir SP, Student Affairs Unit, and K3L Unit.

“Awards” were also given to student organization with poor cleanliness. This is to trigger the organization to be more attentive to their surroundings. The ‘awards’ were given to Volleyball Unit, Flag Football Unit, Judo, Nautika, Karate, Badminton Unit, Persaudaraan Setia Hati Terate Unit, and Bridge Unit. 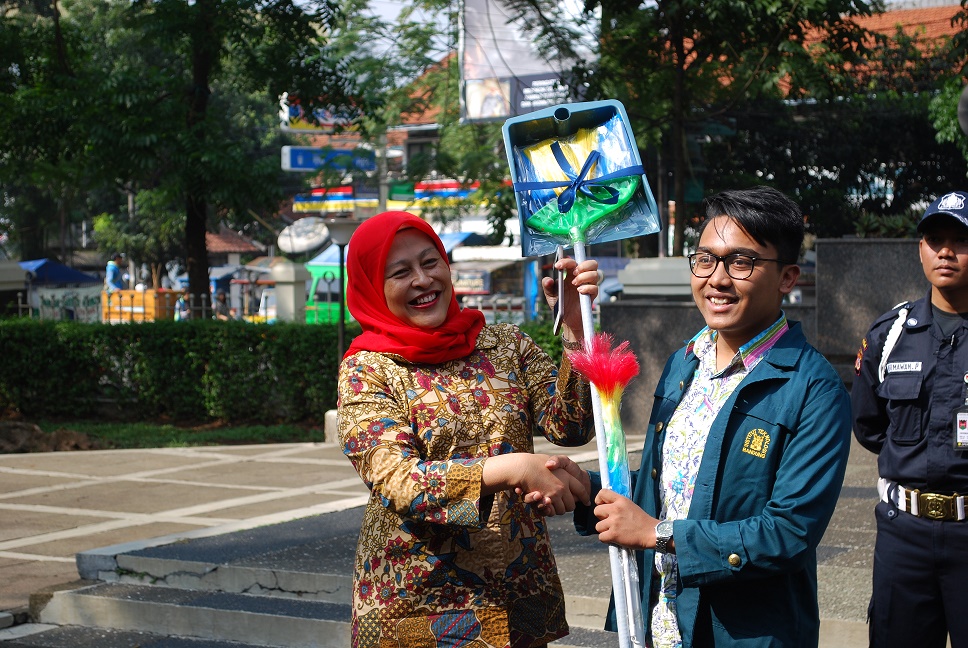 “The winners are expected to keep their achievement, or even do it better and influence others. We award not only the cleanest but also the poorest. Not to disparage them, but to encourage them to raise their cleanlinest,” concluded Taufiq.