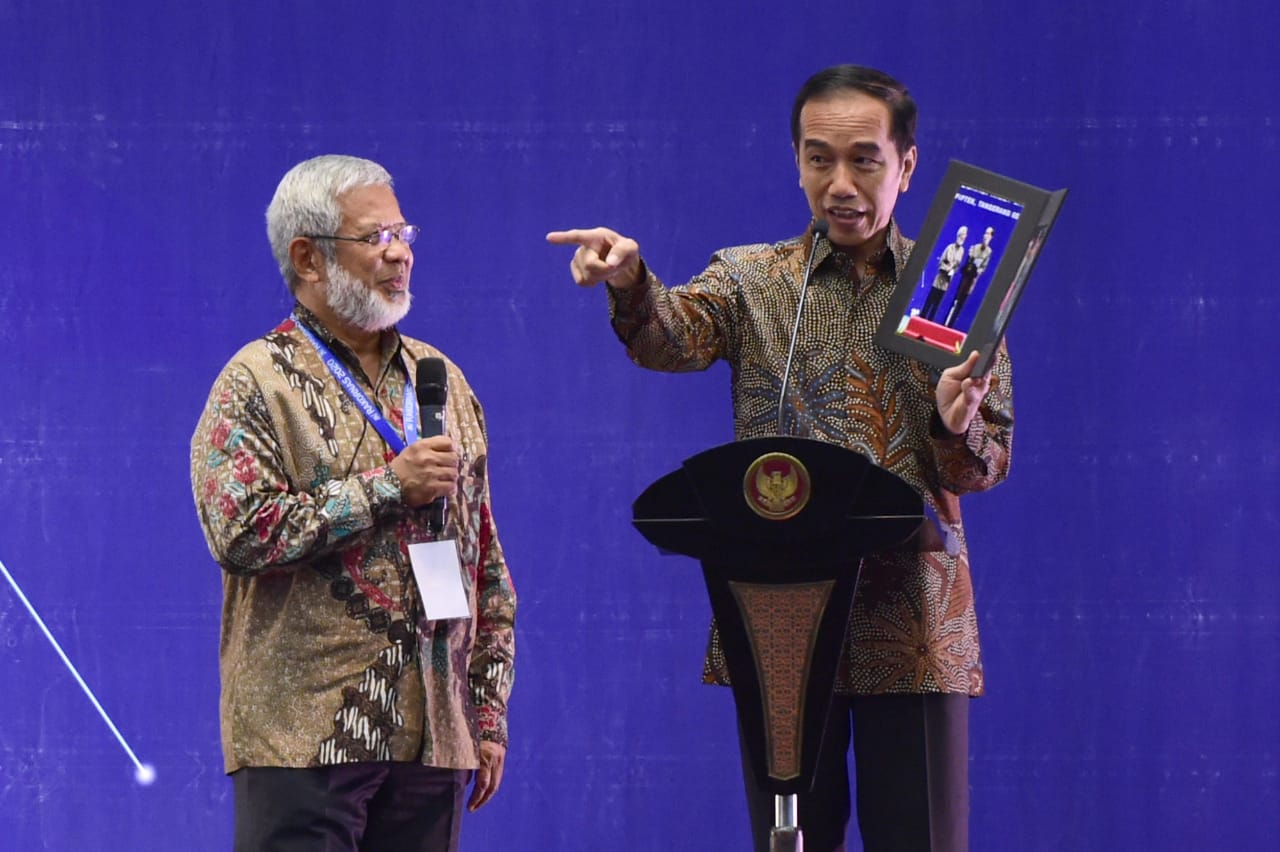 JAKARTA, itb.ac.id - The Merah Putih Catalyst Team of the Bandung Institute of Technology (ITB) appeared to be present at the 2020 National Coordination Meeting (Rakornas) organized by the Ministry of Research and Technology (Kemenristek) in Graha Widya Bhakti, the Research Center for Science and Teknologi (Puspiptek), Serpong,  Tangerang Selatan, Indonesia, on Thursday, January 30, 2020. Team members present at the time included Prof. Dr. Ir. Subagjo, Dr. Carolus Borromeus Rasrendra ST., MT., Dr. Ir. I.G.B. Ngurah Makertihartha, and Dr. Ir. Melia Laniwati Gunawan, MS.
The National Coordination Meeting with the theme "Integration of Indonesian Research and Innovation" was also attended by Indonesian President Joko Widodo himself. In his remarks, President Jokowi expressed his utmost appreciation and respect to the ITB’s team for their hard work in producing a catalyst for the conversion of palm oil into biofuel. Also, in that event, the president asked Prof. Subagjo to go up to the stage to tell all the event’s participants about his invention of the catalyst.
Therefore, Prof. Subagjo went on stage and began to tell the story of his research that he had started since 1982. At the time, he was just someone who had just completed his doctoral education in France. However, despite his status as a recent graduate, he was immediately asked by his mentor, who is also a professor from ITB, to conduct research related to palm oil waste in Medan.
"Palm oil is a hydrocarbon compound, just like petroleum, but has C02 at the end of the chain. If the end (C02) is broken, it will be directly similar to petroleum. Because I learned about catalysts, I was asked to find a suitable catalyst for this process (cutting off CO2 in the palm oil chain), "he explained before the President.
His research had continued to produce good results. However, to produce a good catalyst, the team is required to work with various parties because of limited resources. At that time, ITB had not been able to carry out the entire research process independently. Then, because finding a collaborative partner is not an easy matter, the research ultimately does not continue.
That changed in 2009. "In that year, the government began to launcha policy to enrich studies related to biohidrokarbo diesel, which is diesel from biological materials. At that time, Pertamina planned to work with South Korea to develop the catalyst process. I said, if this is an issue involving the catalyst process, there is no need to work with other parties, it is enough with ITB," said Prof. Subagjo.

Pertamina agreed and the cooperation was established. With this partnership, ITB finally has a mini catalyst factory which is currently located in the ITB Chemical Reaction Engineering Laboratory, which is worth Rp 8 billion, thanks to financial assistance from Pertamina. ITB has also received financial assistance of Rp. 46 billion from the Palm Funds program (Program Dana Sawit). Even so, according to President Joko Widodo, the financial aid is still unsignificant compared to the total amount of Palm Funds which is worth, nealry, Rp 30 trillion. "I have ordered the minister to increase financial aid to ITB especially for this catalyst research," President Jokowi said.
On the same occasion, Prof. Subagjo also directly conveyed his hopes to President Jokowi to build a catalyst factory in Indonesia. He believes that the catalyst plant will become one of the important assets for Indonesia. "Since two years ago, we really wanted a local catalyst factory so that the recipes we developed did not leak out of Indonesia," he said.
Until now, ITB has produced various catalyst innovations. Through the Educational Catalyst Industry Laboratory in the Chemical Reaction and Catalysis Engineering Laboratory (TRKK) of the Faculty of Industrial Technology (FTI), also thanks to cooperation with Pertamina's Research and Technology Center (RTC), no less than 140 tons of hydrotreating catalysts have been produced and used in 8 reactors in 5 Pertamina refineries.
Then, in the past five years, the TRKK-ITB Laboratory, still with the Pertamina RTC, has been developing catalysts for the conversion process of palm oil to biofuel, such as biodiesel, bioavtur, and biogasoline. The Merah Putih catalyst team’s product has been tested in part of a series of tests and has been proven to work well.
Reporter : Adi Permana
Translator : Ferio Brahmana 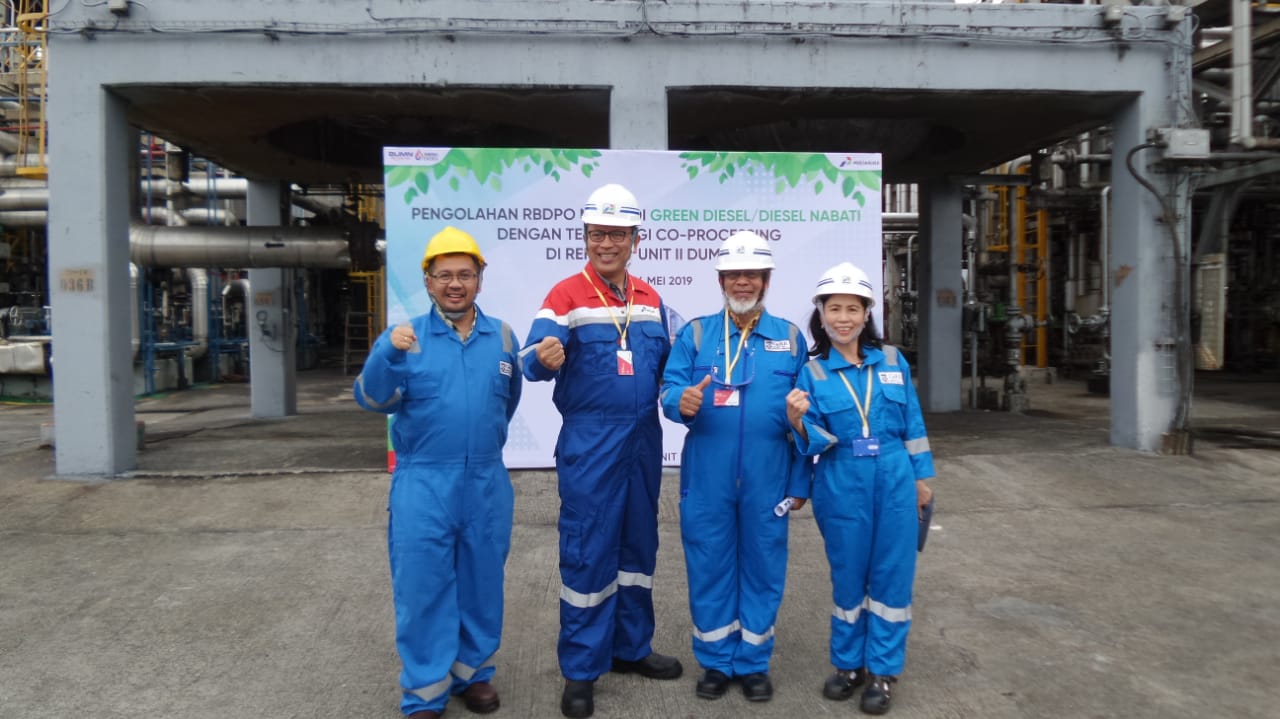 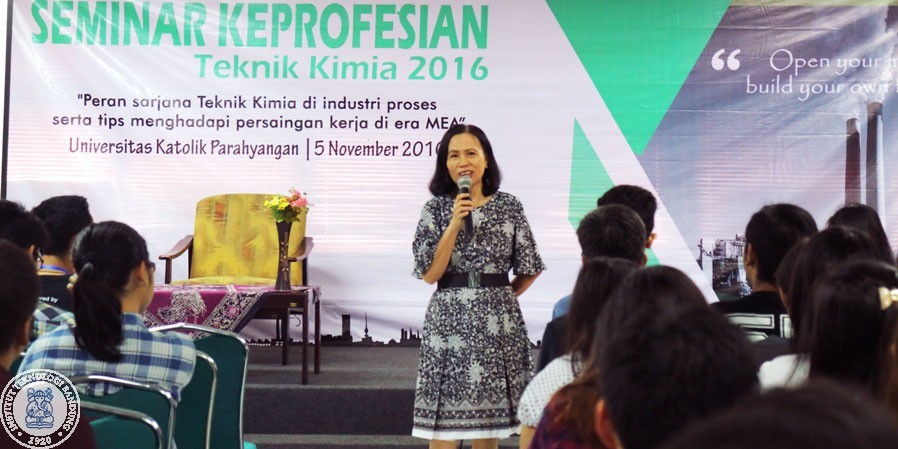 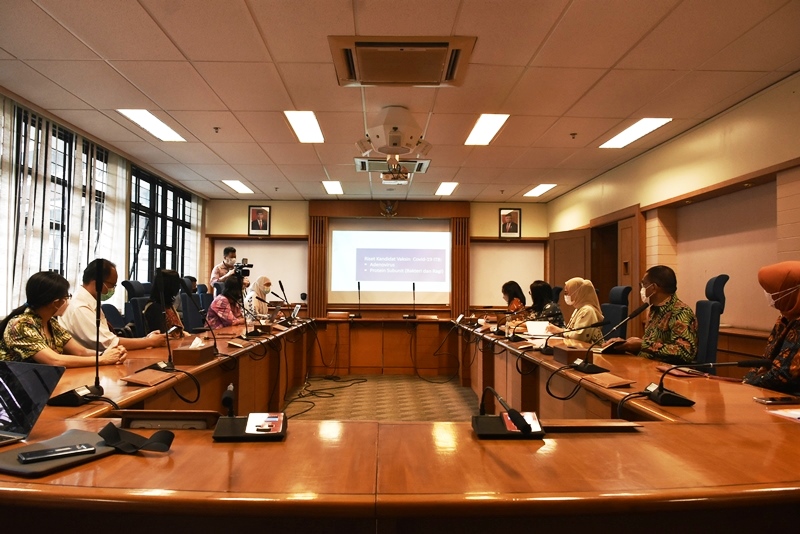 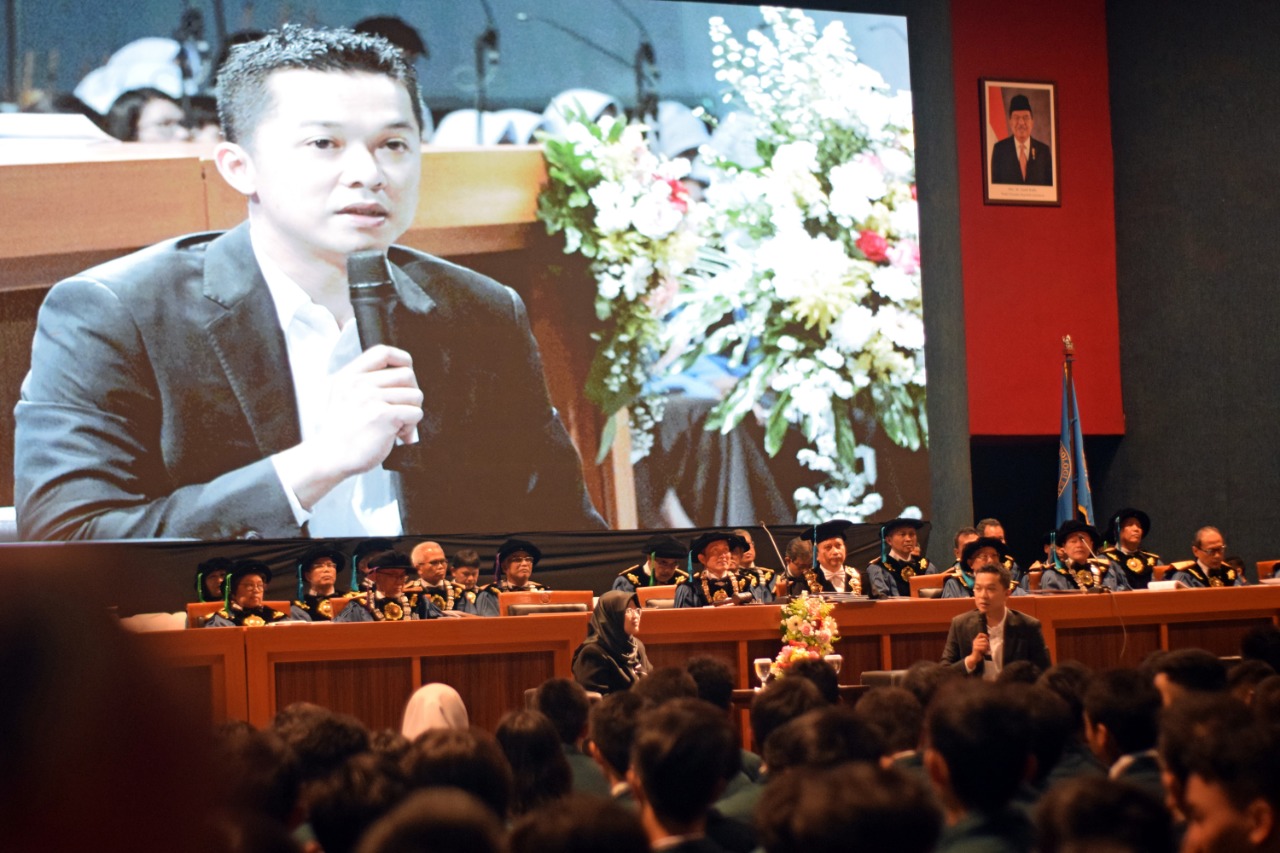