BANDUNG, itb.ac.id-- Institute of Research and Society Service (LPPM) ITB through the School of Business and Management (SBM) ITB held a webinar regarding the integrated circular food bank with Food Bank Bandung.

“The Food Bank exists as a bridge between food surplus and the indigents,” said Gendis Ayu Satiti Irawan, the Co-founder and the chairwoman of Bandung’s Food Bank.

Furthermore, Dr. N. Nurlaela Arief, MBA., an expert on corporate communication and sustainability in SBM ITB, along with Dr. Raden Dikky Indrawan, an expert in governance value chain, took part in the webinar and discussed about “Building an Integrated and Circular Food Bank Ecosystem : The Role of Industry, Academics, and Food Bank,” in saturday (20/3/2021) via zoom and youtube.

As the opening remark, Gendis explained that a lot of food around us is being wasted while many people are in need of food. Aware of the situation, Gendis realized the urgency of the food bank to redistribute the foods for the indigents. Gendis, who’s also the alumnus of Environmental Engineering ITB, revealed that several food banks have been allocated in multiple regions in Indonesia for the last five years. 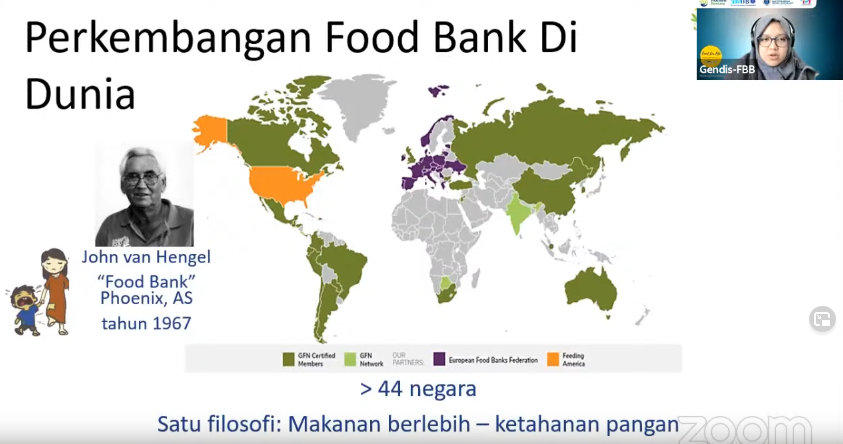 In the next session, Dr. Nurlaela said that the presence of this food bank is urgently needed to achieve the Sustainable Development Goals (SDGs), especially the first goal (no poverty) and the second goal (no hunger). The role of The Food Bank becomes more important due to the low participation from the industrial sector in chasing the targets of the mentioned SDGs.

Raden, an adviser from Bandung Food Bank, said that, The Food Bank is not only a business, but also a social activity. As a closing remark, he emphasized that cooperation of the stakeholders is essential in developing the Food Bank, especially in distributing the excessive food. 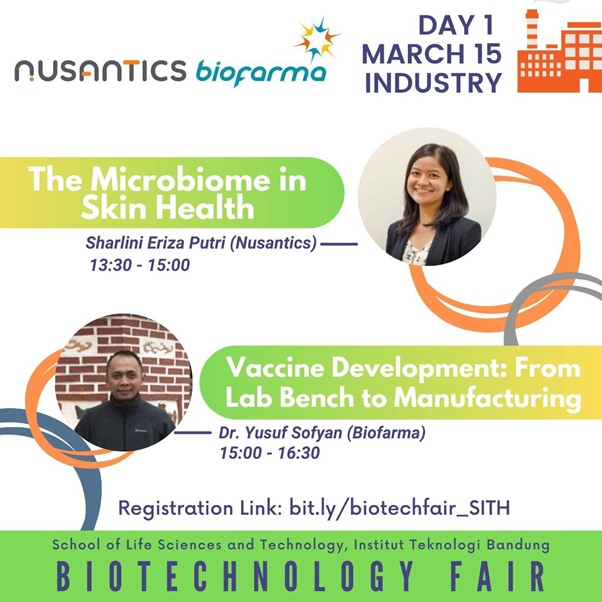 Biotechnology Industry: From Skin to Vaccine