At the event, Prof. Reini shared her opinions on the international dimension of higher education. She said that various problems discussed in class, or student research topics, involve international dimensions. Some of the examples are global climate change, new renewable energy, food security, sustainable development, nanotechnology, digital transformation, and mitigation.

Prof. Reini explained that in general, numerous development problems now have international dimension even though national and local factors will surely give distinct colors. Therefore, learning and research strategies related to these issues need to pay attention to various local, national, and international dimension factors. 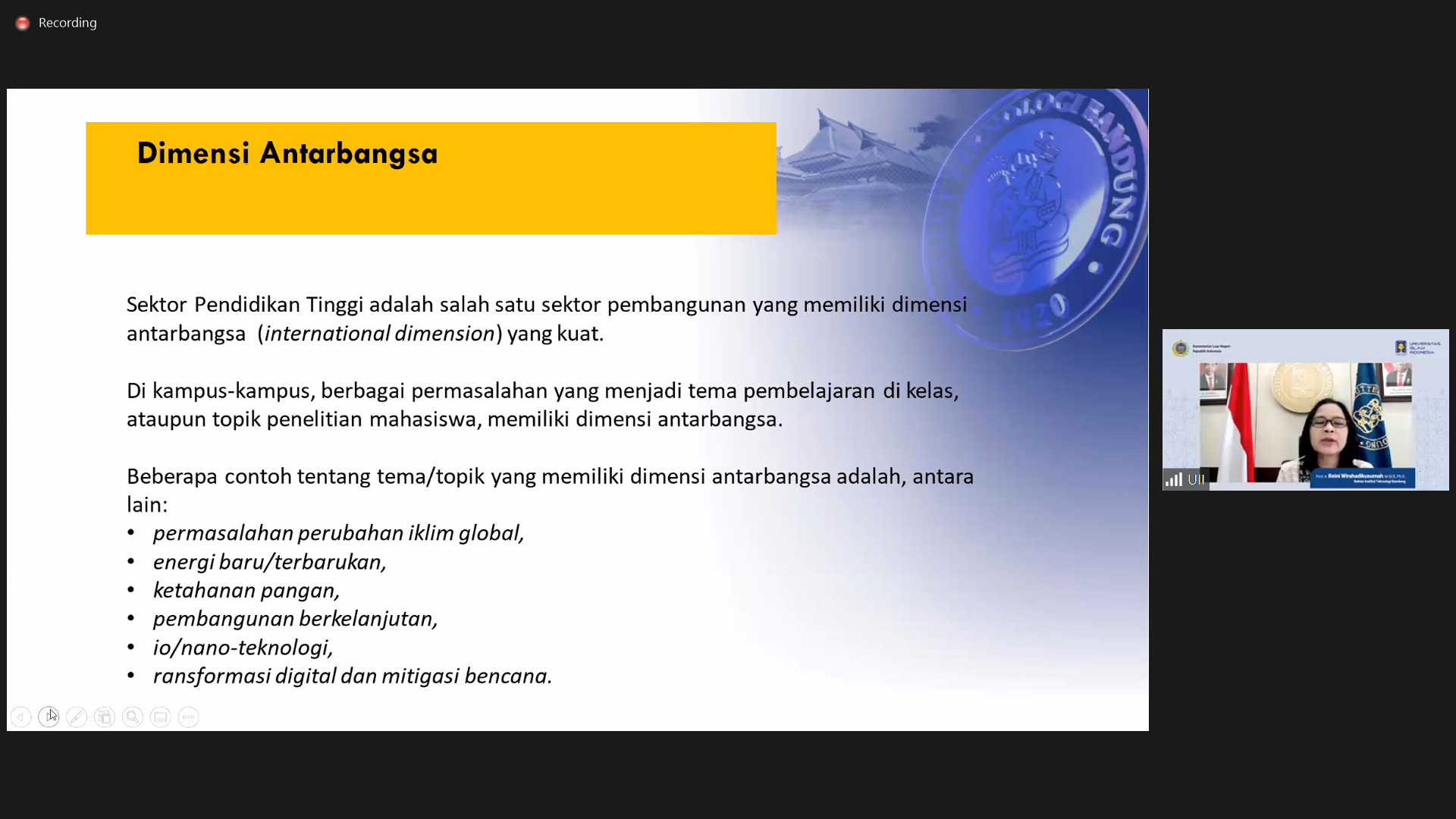 “In my opinion, international interaction will become an increasingly important factor in the implementation of higher education to respond to international dynamics, as well as national and local problems. ITB defines this by the slogan 'Globally Respected, Locally Relevant'," she said.

Prof. Reini then continued by stating that in World Class University (WCU), international interaction and collaboration are the main factors. WCU always encourages campuses to broaden and strengthen cross-national cooperation. Well-managed cooperation can act as a valuable and important learning source for students. “I believe that the Ministry of Foreign Affairs Republic of Indonesia holds a strategic role in facilitating and expanding international cooperation in the higher education sector,” she added.

Mahendra Siregar, the Vice-Minister for Foreign Affairs Republic of Indonesia, was also invited to this event as the keynote speaker to deliver his speech regarding this issue. He pointed out that in recent years, there have been several circumstances that flourish Indonesia's relationships with other countries. "In the past 10 years, the relationship and dynamic of the world and between countries have become more dynamic yet challenging, especially with the latest developments, the COVID-19 pandemic," he said. 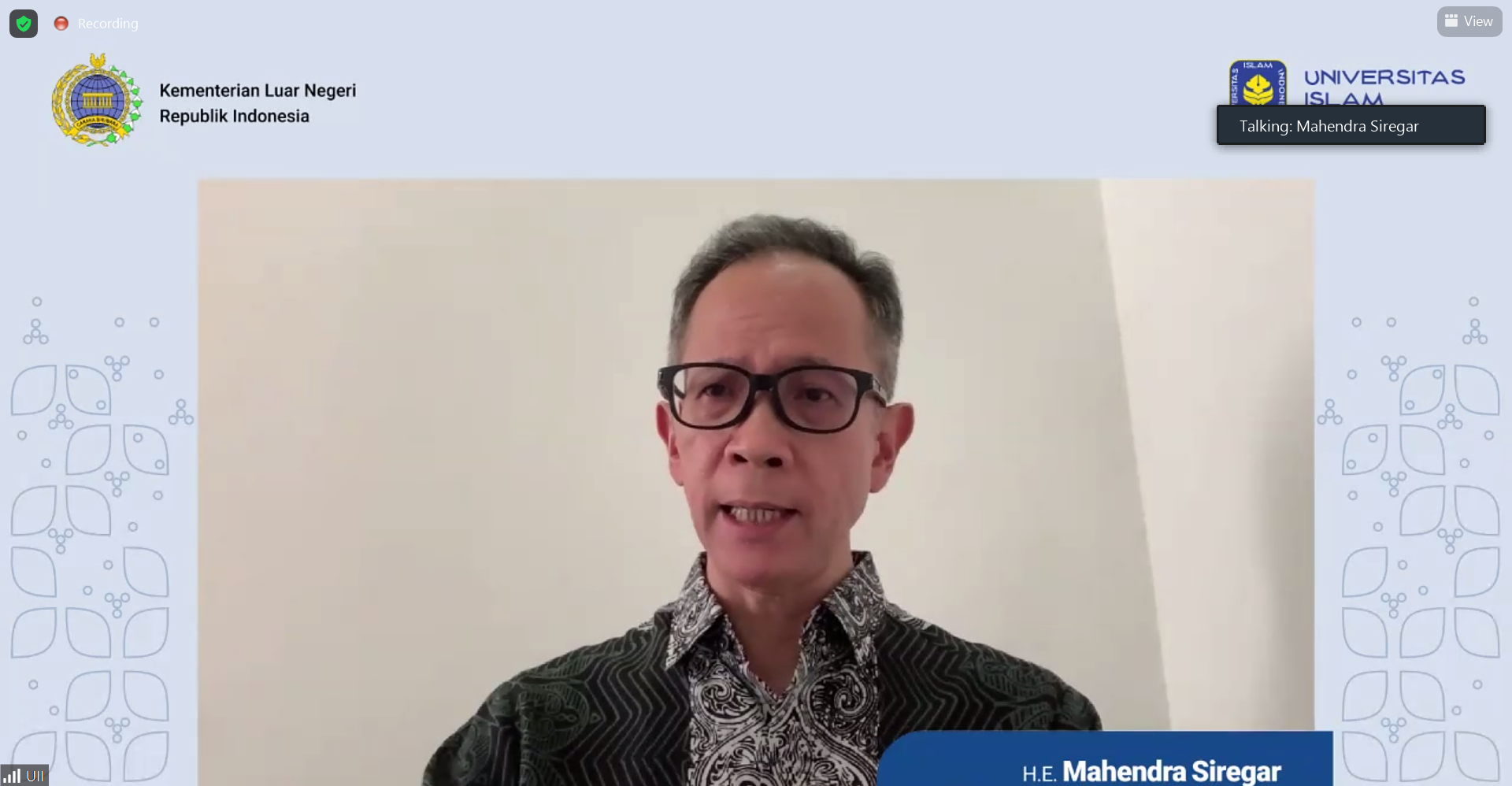 "Indonesia's free-and-active political policy has been proven to be relevant, effective, and appropriate with the current context. The strategy and implementation are carried out in various patterns at levels," he said. In addition, the Ministry of Foreign Affairs will continue to perform its activities in order to establish diplomatic, bilateral, and even multilateral relationships with other countries.