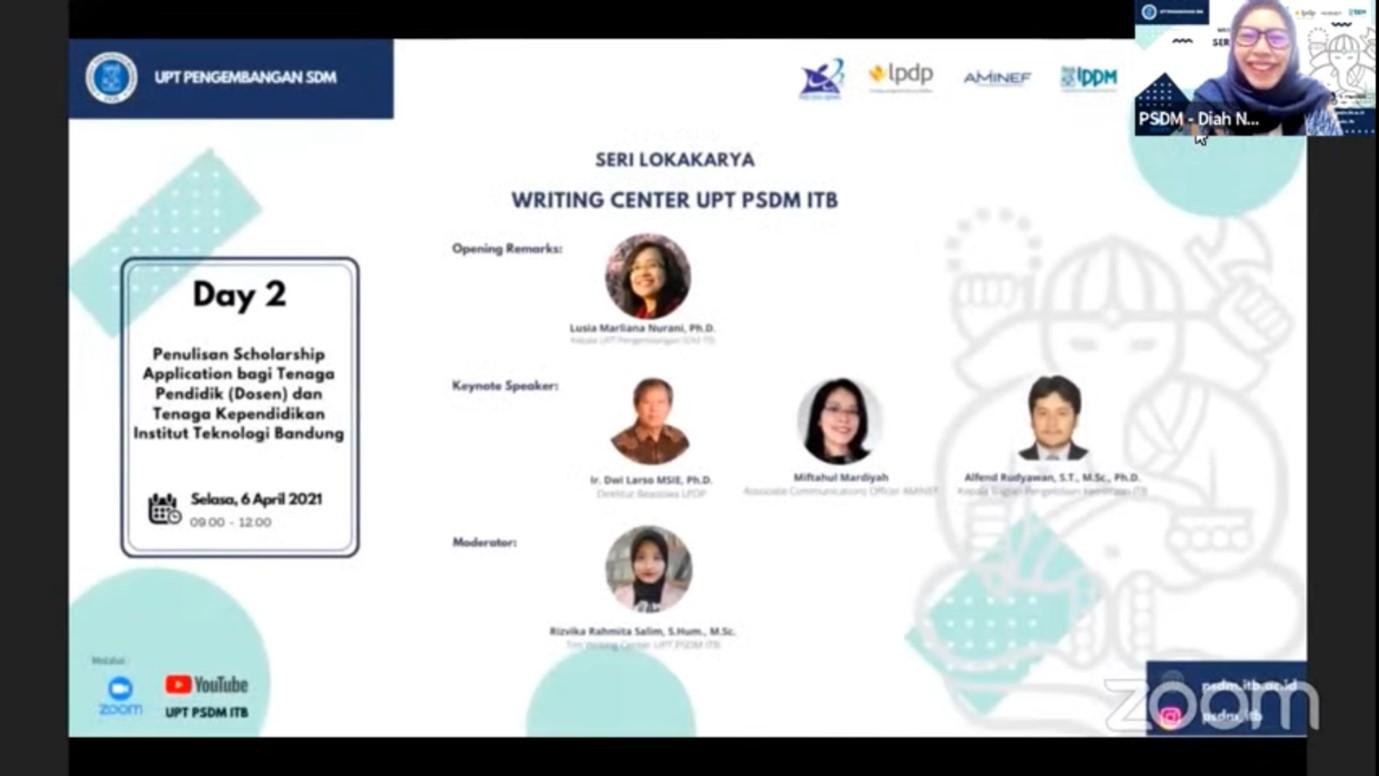 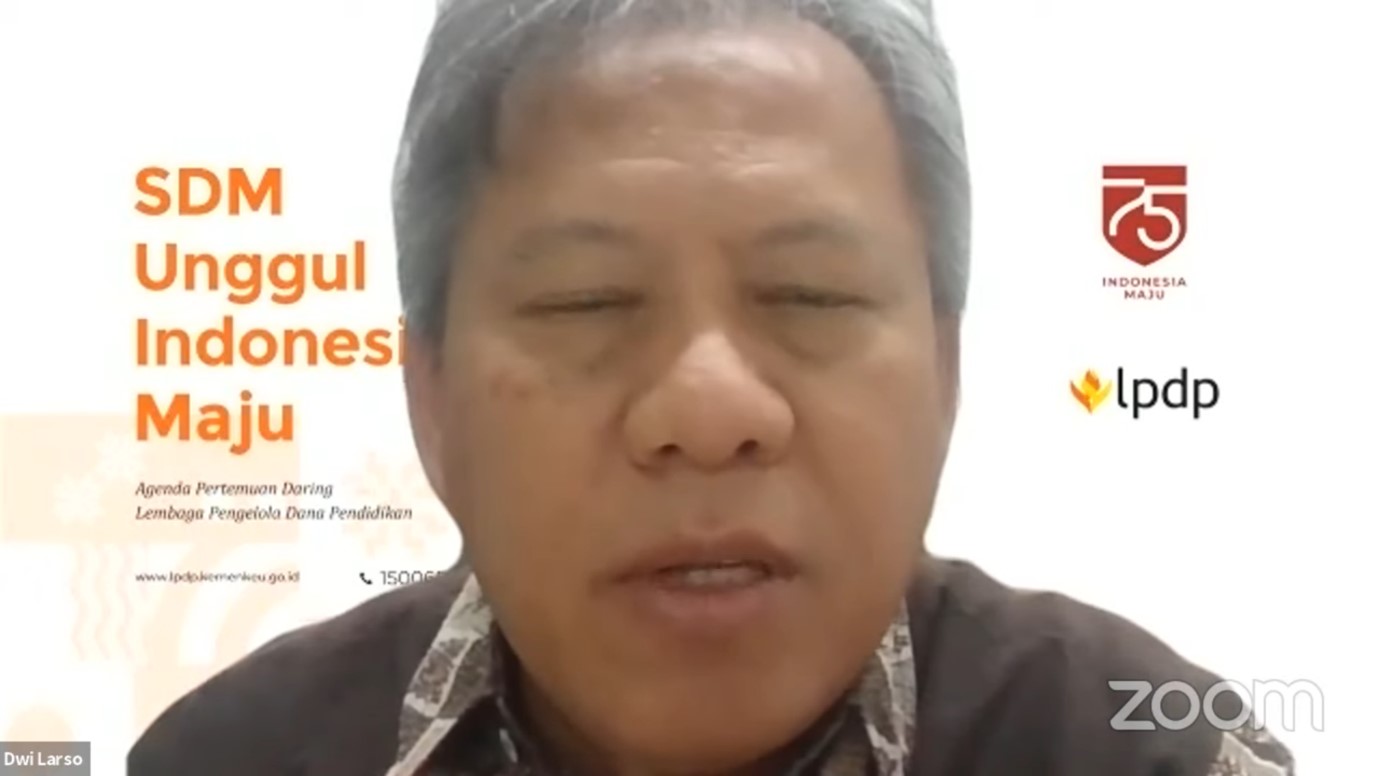 The first discussion regarding LPDP is led by Dwi Larso. “LPDP possesses the vision as the international-standard funding manager to prepare Indonesia’s competitive human resources and push innovations for a prosperous, democratic and fair nation,” he conveyed. Moreover, LPDP has the mission to strengthen Indonesia’s future leaders and professionals by education funding.

He also explained the conditions of higher education level achieved by Indonesians. “The contention to obtain that education from universities in Indonesia is very tough,” he added.

From comparison, only 1:11 Indonesians succeeded in enrolling into a bachelor’s degree. 1:250 people managed to study for a master’s degree while 1:2500 of them took the doctoral degree. “Only one out of 10 000 students are able to receive LPDP’s scholarship funds,” Dwi mentioned. The total endowment fund of LPDP is approximately Rp70.107 trillion.

By the 31st of December 2020, 27.995 LPDP scholarship recipients and 12 597 alumni were recorded. Based on the educational level, the master program accepts the greatest number of students, in which it reaches 7.940 people in national universities and 8.778 in universities abroad. The province that receives the most LPDP scholarships is West Java, followed by East Java and DKI Jakarta. 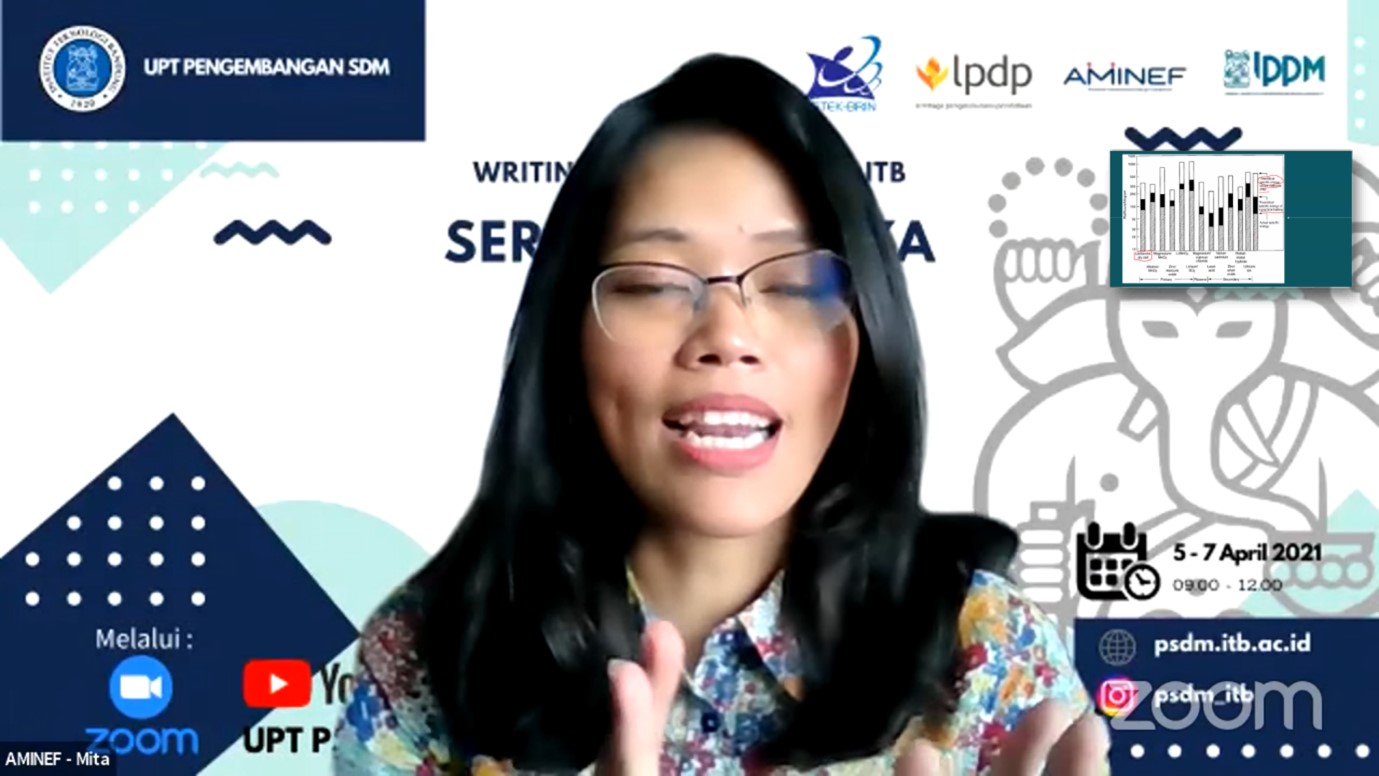 Dwi illustrated the various kinds of scholarships offered by LPDP. First is the affirmative scholarship for students as well as those with disabilities or economically challenged. Next is the targeted scholarship that is aimed for educators, medical personnel, government employees, entrepreneurs, and high-achieving students. Furthermore, there are public and non-degree scholarships.

At the end of the session, Dwi described the challenges that must be faced as educators. “Expanding our integrity is one of our biggest obstacles as educators. Research reveals that 64% of corruptors in Indonesia graduated university,” he continued. He reminded the audience that one does not only focus on being smart to be an intellect, but also refrain from giving up and dare to reject information that contradicts factual research.

The second discussion was guided by the Associate Communication Officer AMINEF Miftahul Maridyah or known as Mita. She outlined Fullbright Indonesia as the USA’s leading educational exchange program that opens opportunities for students, lecturers, artists, and successful professionals from various backgrounds.

The first receivers of Fullbright Indonesia succeeded in studying in America in 1952. Presently, there have been 3000 alumni that pursue higher education in America. Eighty percent of those took the master program while the rest enrolled in the doctorate program.

Mita explained several advantages of joining Fullbright. “With Fullbright, applicants can make connections with other Fullbrighters from 160 countries,” she stated. Moreover, Fullbright provides both academic and nonacademic support for student studying abroad. “We arranged a pre-academic training that last for two to eight weeks before embarking for the master and doctor program in America.”

The next session discussed the experience about applying scholarships and its proposal documentation. It is conveyed by the Head of ITB’s Partnership Management Alfend Rudyawan, S.T., M.Sc., Ph.D. who graduated both master and doctorate degrees in the University of London, England. He is now college teacher in the Faculty of Earth Sciences and Technology ITB. 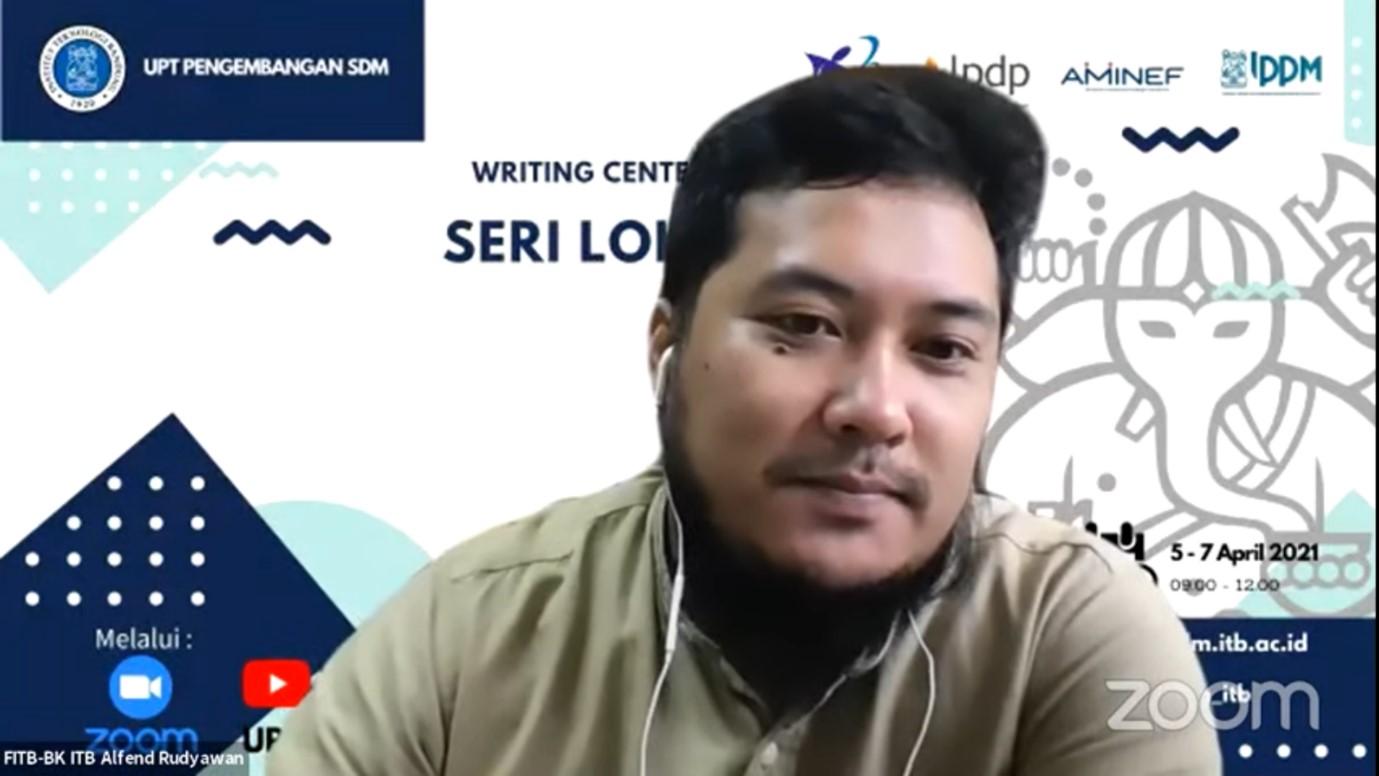 Alfend elaborated on the scholarship’s types of funding. First is the financing from the government like LPDP. Another familiar funding slot is the student exchange program such as ERASMUS and Fullbright. There is also the University Awards that allows direct contact with potential supervisors. Additionally, the difference between scholarships and studentships are clarified, in which scholarships provide a sum of money for applying education after the graduate program while studentships subsidize students’ project completion.

Next, Alfend mentioned the things that need to be aware of when writing a scholarship proposal. The research proposal must clearly present the ideas or inquiries of the applicant as well as their expected results. The proposal must disclose the applicant’s values and contribution for the study field that will be taken.

“The essay used to apply for scholarships has to be as argumentative and persuasive as possible,” he stated. Writing a scholarship application proposal requires great care and preparations because it is a form of investment in the future. During the writing process, he advised the participants to stay positive, observe their surroundings and ask for prayers and support from their close ones in order to pursue their dreams. 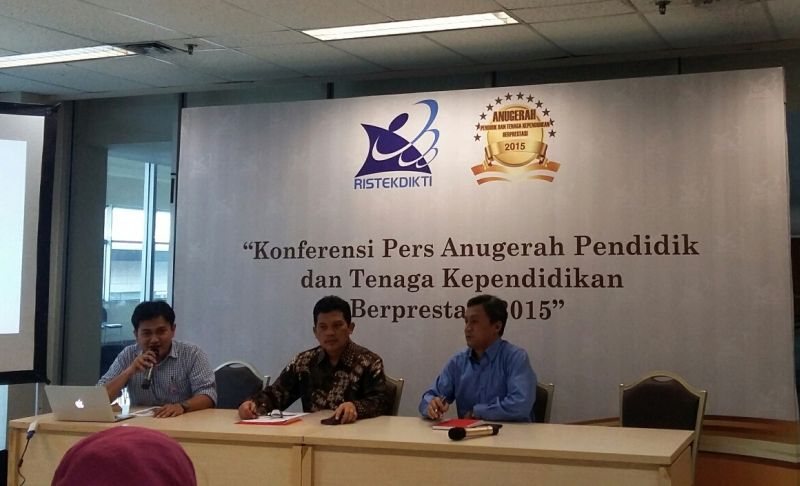 Eko Prasetyo: Free Education in ITB is a Dream!