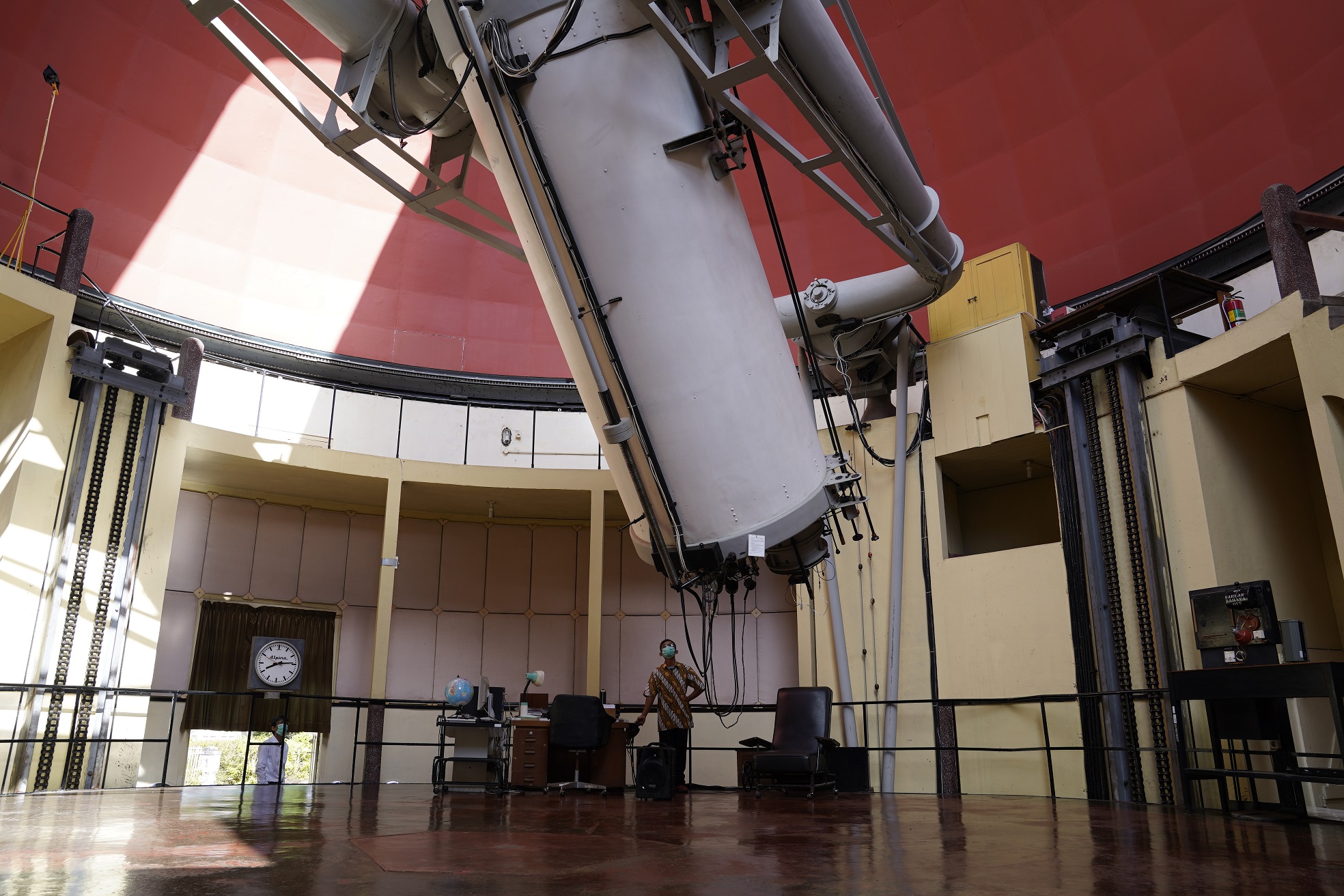 BANDUNG, itb.ac.id-- Bosscha Observatory has closed its doors to visitors since the COVID-19 pandemic. Therefore, Bosscha Observatory launched the Night Sky Virtual Observation (NSVO) which intends to introduce astronomy among the public in the midst of a pandemic situation.

NSVO will be held every month in 2021. According to Yatny Yulianty, a researcher at the Bosscha Observatory, the observations will also be aired live across the internet, including Youtube and other platforms.

The Observatory collaborated with Nusa Cendana University in Kupang, East Nusa Tenggara, the astronomy enthusiast community Eastern Sky Lovers (Plati), and an amateur astronomer from Kupang, Zulkarnain, to hold NSVO for the Total Lunar Eclipse (TLE) on May 26, 2021.

Bandung and Kupang will be the sites of TLE observations. Due to the higher location of the moon and the sunny weather, observing a lunar eclipse in Kupang is easier, and the probability for moon sighting is greater than in Bandung.

This month's NSVO will include not only observations but also a light discussion regarding the lunar eclipse. Speakers included Ferry M. Simatupang from the Astronomy Research Group, Muhammad Yusuf from the Bosscha Observatory, Andreas Ch. Louk from University of Nusa Cendana, and amateur astronomer Zulkarnain.

NSVO will begin at 17.00 WIB on the Bosscha Observatory Youtube channel and Slido. People that join Slido can take part in interactive discussion sessions where they can ask questions, answer questions, and vote in polls. The public can register for free at https://bosscha.itb.ac.id/id/layanan/pvlm/ starting Tuesday (25/05/2021) at 19.00 WIB. Slido is limited to only 700 people.

Because TLE can be visible from most parts of Indonesia, the public can see the total lunar eclipse in their respective regions. "Just enjoy the [total lunar eclipse] phenomenon later on clear sky and don't forget to take care of the conditions, obey health protocols," Agus advised those who wished to see the astronomical event.

Total Lunar Eclipse Observation by Bosscha Observatory: A Privilege that Cannot be Missed

Expected, Total Lunar Eclipse Occurs Every Two and a Half Year