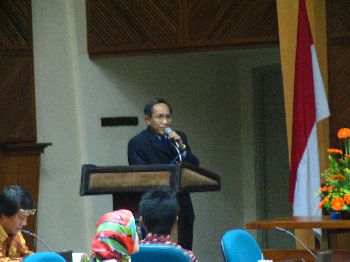 BANDUNG, itb.ac.id - Indonesia is known as a country that has the potential natural resources. Not only from the mainland, Indonesian waters is also the potential to be able to become an alternative energy source. Based on research, Indonesian waters can be processed into electrical energy. That energy can be created from elevation tides, the difference temperatures, cash, waves, and the wind on the coastal of Indonesia. However, the condition of Indonesian waters's potential is still untapped as a whole. This requires for further development, and of course that is supported by technology and human resources who are able to develop the potential.

The Potential of Indonesian Waters 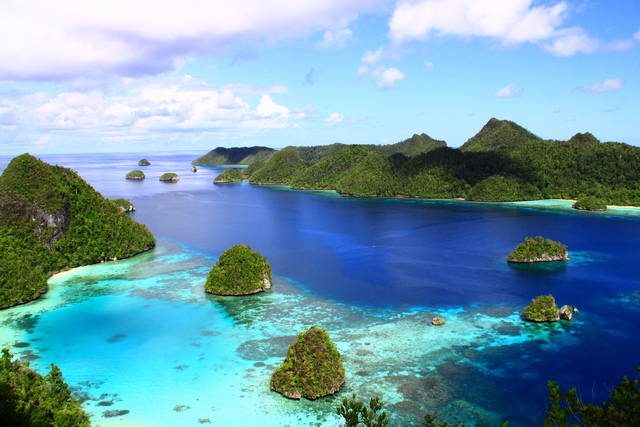 According to Prof. Safwan Hadi, Ph.D (Lecturer of Oceanography ITB), apart from the above, Indonesian waters also can be used as an alternative energy sources of electrical energy. This energy was derived from the potential elevation tides, the difference temperatures, cash, waves, and the wind on the coastal of Indonesia. Also the territorial waters Indonesia has a strong ocean currents that can be utilized maximum to generate electricity.

Currently, Indonesia is trying to develop a power plant currents and waves. Behind these efforts, there are still some obstacles, such as the currency which has not been able to produce maximum power. In addition to inadequate technology, this development also requires the Human Resources (HR) were able to develop it. "Until now, Indonesia has already undertaken mapping the potential area, just waiting for further developments to take advantage of this potential," said Prof. Safwan Hadi, Ph.D.

The spread of Indonesian's Potential Waters 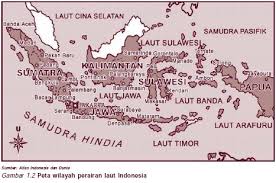 Indonesia has currents and ocean waves that are very potential to be developed. This potential spread in many areas. For energy waves, the southern of Java and the western coast of Sumatra is where the potential waves big enough to be developed, because that region which directly to the sea. For the energy of tidal elevation, there is the most potential areas in Malacca and Digul. As for the generation of potential temperature, or better known as Ocean Thermal Energy Conversion (OTEC), Indonesia has the potential in the waters of Bali, Sulawesi to Papua waters. This occurs because western Indonesia has a shallow sea so the temperature difference is not significant, in contrast to the eastern Indonesian waters in the depth of which is large enough. While the potential of wind scattered on the south coast of Java and Nusa Tenggara Barat.

According to Prof. Safwan Hadi, Ph.D, the strait of Indonesia potentially generate energy flow due to the relatively large intensity, and supported by a vast sea of water availability compared to other countries. For example, Malacca Strait, Java Ocean, Makassar Strait, Lombok Strait, and and the waters around the islands of the Lesser Sunda. That straits has a power density that is quite large, ranging from 0.06 to 64 kW per cubic meter.

The Inhibiting on Utilization Process of Indonesian Waters

According to Minister of Maritime Affairs and Fisheries, Sharif Cicip Sutardjo, the amount potential marine and fishery in Indonesia reached Rp 3.000 trillion per year, while that has been used by Rp 225 trillion or about 7.5 percent. The biggest obstacle to developing this potential is technology that used for develop the water potential as a source of electrical energy. Besides supporting technology, Indonesia must be able to have a human resources to develop this potential. "Human resource should be in line with the natural resources available. This means that will be able to develop and use of the potential. Do not let this potential developed by other nations, "said Prof.Safwan Hadi, Ph.D.