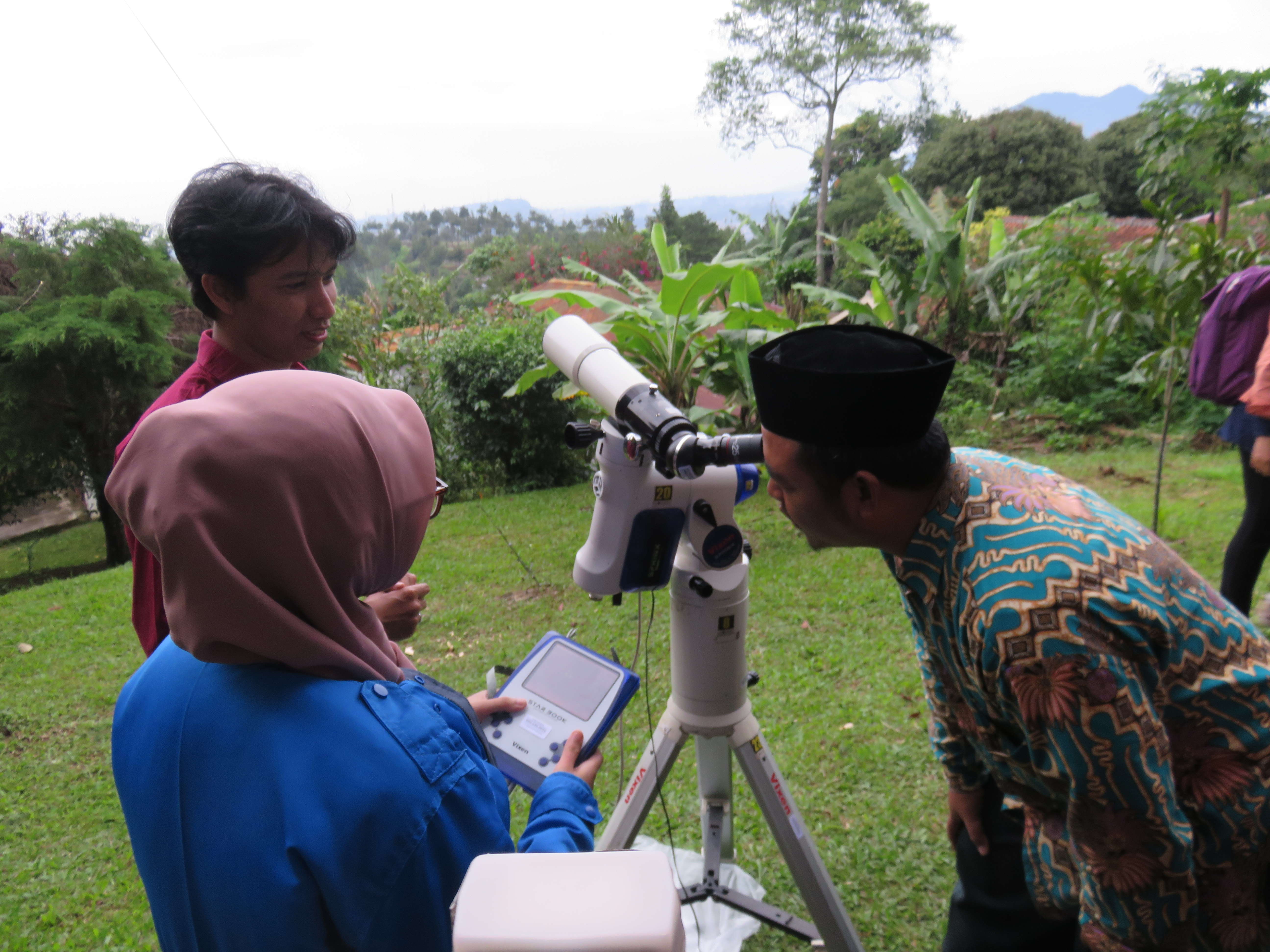 Hilal observation in Kupang was a cooperation between Bosscha Observatory and Sub-Directorate for Hisab, Rukyat and Sharia at Ministry of Religious Affairs (Kemenag RI), as well as support from Universitas Cendana (Undana) and Institute of Aeronautics and Space.

Bosscha Observatory is one of many institutions that is tasked with addressing the result of calculation, observation, and research as a consideration in isbat meeting held by Kemenag RI in Jakarta for determining the beginning of Ramadan and Shawwal.

Attachments from Bosscha Observatory shows that on 5th May 2019 the Sun set at 17.41 while the Moon set at 18.08. Hence, there was 27 minutes of hilal observation since sunset.

Observation was conducted using two telescopes, a 106 mm refractor telescope with a camera detector to display the result on image processing screen and a telescope equipped with ocular lens for public use.

“We set them up since 3 p.m., since we wanted to use portable telescope hence it should be corrected to the position of the Sun so that the observation is precise to the Moon,” explained Denny Mandey, a research staff at Bosscha Observatory. For the future, researchers at Bosscha Observatory developed a technique to observe the thinnest crescent moon to enhance hilal observation capability. “Actually in Kupang we want to test how good we can detect moon when the Moon is getting closer to the Sun,” Denny added.

The sky was cloudy during observation in Lembang, making the hilal invisible until the Sun set. “Doing observation with this thick cloud, the hilal will not visible because Telescope cannot penetrate clouds,” explained Evan I. Akbar, a research staff at Bosscha Observatory.

Evan added that weather condition in Kupang was also unclear and made the hilal difficult to see. “If the weather is bad like this then Bosscha Observatory will report to Ministry of Religious Affairs that from this location the hilal is not visible. The decision whether tomorrow is fasting or not depends on the result of isbat meeting,” added Evan.

Hilal observation is not solely a personal mission of Bosscha Observatory but also as a time to regenerate fresh researchers in Astronomy. This hilal observation encourage students of Astronomy study program in Faculty of Mathematics and natural Sciences of ITB to conduct joint observation. “This is our effort to search for new generation, so that there will be successors,” Denny concluded. 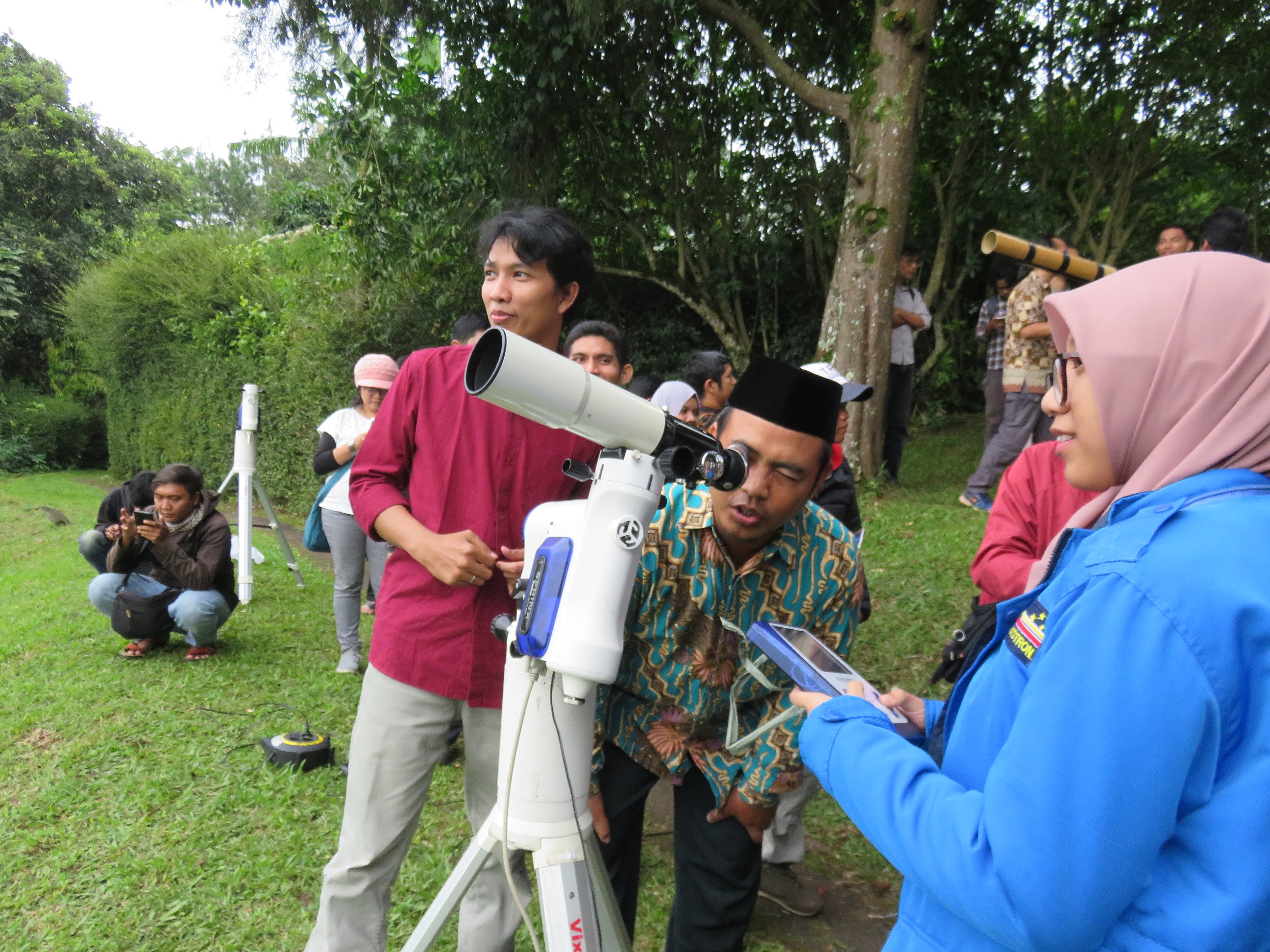 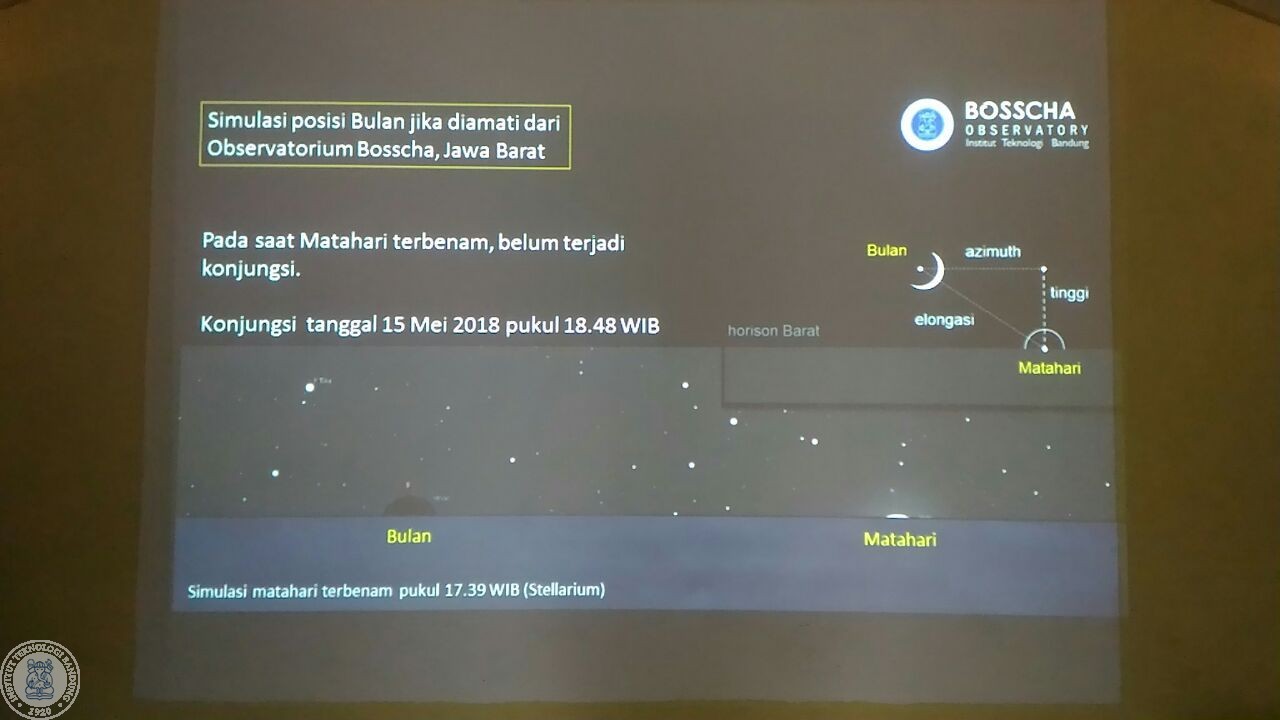