BANDUNG, itb.ac.id – Institut Teknologi Bandung (ITB) presented Ronny Siahaan, the Chairman of Ethics and Compliance Committee at the Indonesia Petroleum Association (IPA) as a keynote speaker at Studium Generale KU-4078. The general lecture raised the topic of "Overview of Integrity and Anti-Corruption Program in Oil and Gas Upstream Sector". The general lecture which also acts as an endorser of the Independent Campus program was held on Wednesday (24/3/2021).

Ronny explains that in general the act of corruption is against the law and misuse of power for personal gain surely will harm other parties. The act of corruption often is not done by an individual, but rather a collaboration or scheme of some parties.

As the leader of the anti-corruption committee, Ronny urges the participants of this general lecture to learn the motives of corruption, from the point of view of a gas and oil company, which has a lot of complexity in its process. These relatively complicated stages of bureaucracy are very prone to corruption.

Ronny said that there is at least 335 to 339 approval that needs to be fulfilled for a gas and oil company to operate. The sheer amount of license surely opened a gap for the practice of gratification, bribing, and corruption to occur. This is worsened by the bad record of integrity and transparency of oil and gas companies. Oil and gas companies are very much dependent on efficiency, and those acts make it unlikely that a full efficient economy can be achieved. Investor interest will also be diminished because of this mischievous act.

Citing the Perception Corruption Index 2020, Indonesia's rank has decreased by 17 points. "Our current position is comparable to Gambia and so far behind Timor Leste, which was our former territory," he said. This data was used by Investors as a reference of how profitable a nation economy is.

According to the Corruption Eradication Commission (KPK), the nation's anti-corruption bureau, the top three ranks of corruption in Indonesia is occupied by the parliament, government officials, and private parties. The most common method type of corruption is bribing and the procurement of goods and services. The complicated bureaucracy also adds a factor to the actor's reluctance to do corruption, as it may provide a beneficial shortcut, which is the case, especially in the gas and oil industry. 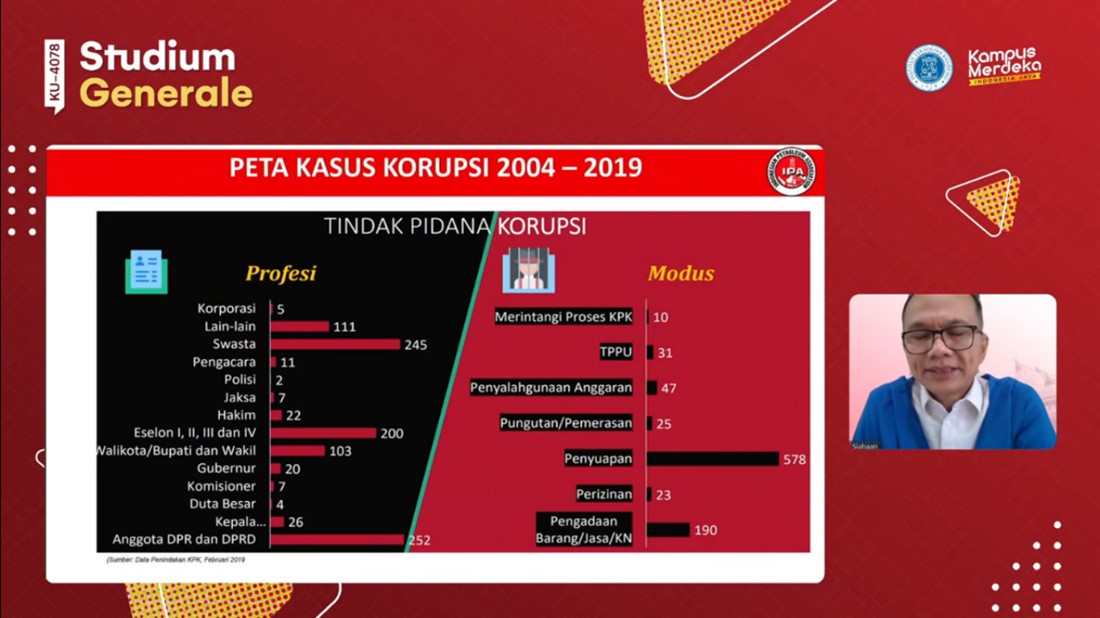 "The Supreme Court Rule Number 13 2016 briefly stated that corporations can be treated as suspects of criminal acts of corruption if they allow, do not take the procedure to reduce the risks, and do not take any prevention effort toward corruption. One of our current main prevention efforts is communication and education to stakeholders," he further explains.

Corruption and bribery control measures can be carried out through prevention, detection, monitoring, and evaluation. In the oil and gas industry, companies are obliged to follow inspection after they have done procurement of goods and services, to ensure the compliance of the provider with the written laws, such as Tipikor PTK-007.