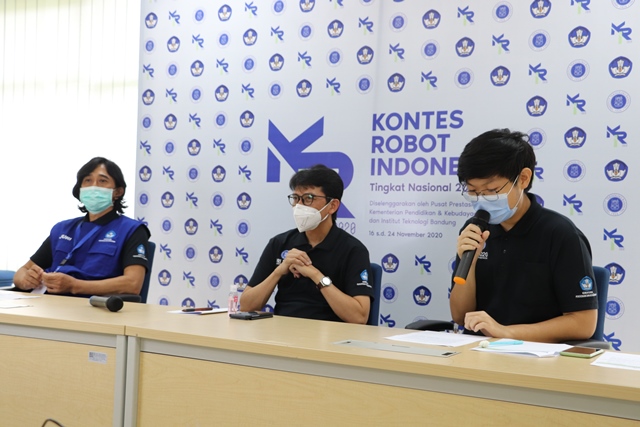 BANDUNG, itb.ac.id - The Indonesian Robot Contest is an annual activity organized by the Ministry of Education and Culture, which is attended by students from universities all around Indonesia. In 2020, a series of national-level Indonesian Robot Contest activities will be held online from 16-24 November 2020 by the National Achievement Center in collaboration with Institut Teknologi Bandung as the host.

The 2020 National Robot Contest will compete in 6 competition divisions, namely:

6. The Indonesian Thematic Robot Contest (KRTMI) which was just held starting in 2019.

Chairman of the National Robot Contest Jury, Prof. Benyamin Kusumoputro said, the 2020 National Robot Contest was held in several stages. At the initial stage all prospective participants must go through two selections (proposal selection and robot progress selection). Participants who pass the selection are invited to take part in the Regional Level Indonesian Robot Contest. The participating teams with the best achievements at the regional level were invited to take part in the KRI at the National Level. At the national level, there are 150 participating teams that will compete from 67 different universities. 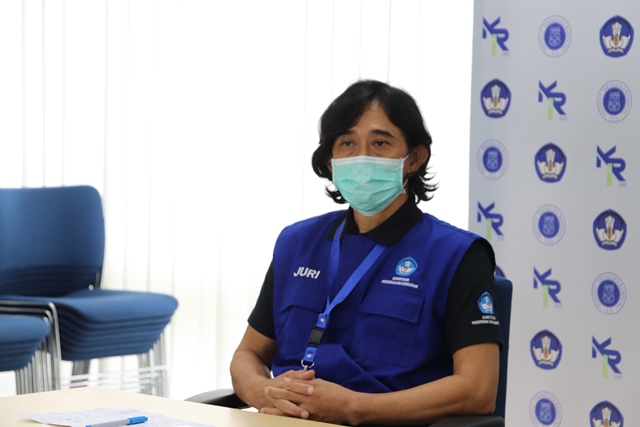 Due to the COVID-19 pandemic, the 2020 National Robot Contest must be held online. Apart from being related to health protocols, the two main challenges that must be faced in the implementation of Robot Contest Online 2020 are fairness and fairplay. Fairness means all teams have the same technology and supporting infrastructure capabilities. Meanwhile, fairplay means that all teams participating in the contest can play honestly, without committing any cheating.

The form of competitions and assessments are adjusted to the conditions of online implementation without reducing the competitive factor and attractiveness of each division.

ITB will host the National Robot Contest in 2020. Participants will compete in their respective places which are broadcast online through a video conference mechanism, while the jury is assisted by the committee guiding the implementation of Robot Contest and conducts an assessment process centrally at ITB as the host. The online implementation of Robot Contest also emphasizes health protocols that must be adhered to both at the respective participating campuses and at the location of the judging control room.

Secretary of the Institut Teknologi Bandung, Prof. Dr. Ing. Ir. Widjaja Martokusumo appreciated the organizing committee for held the National Robot Contest online in the midst of limitations due to the COVID-19 pandemic. He said the event was held to provide opportunities for students to innovate with their ideas, so that their thoughts and ideas could be felt in society, be more productive, and able to present the work. 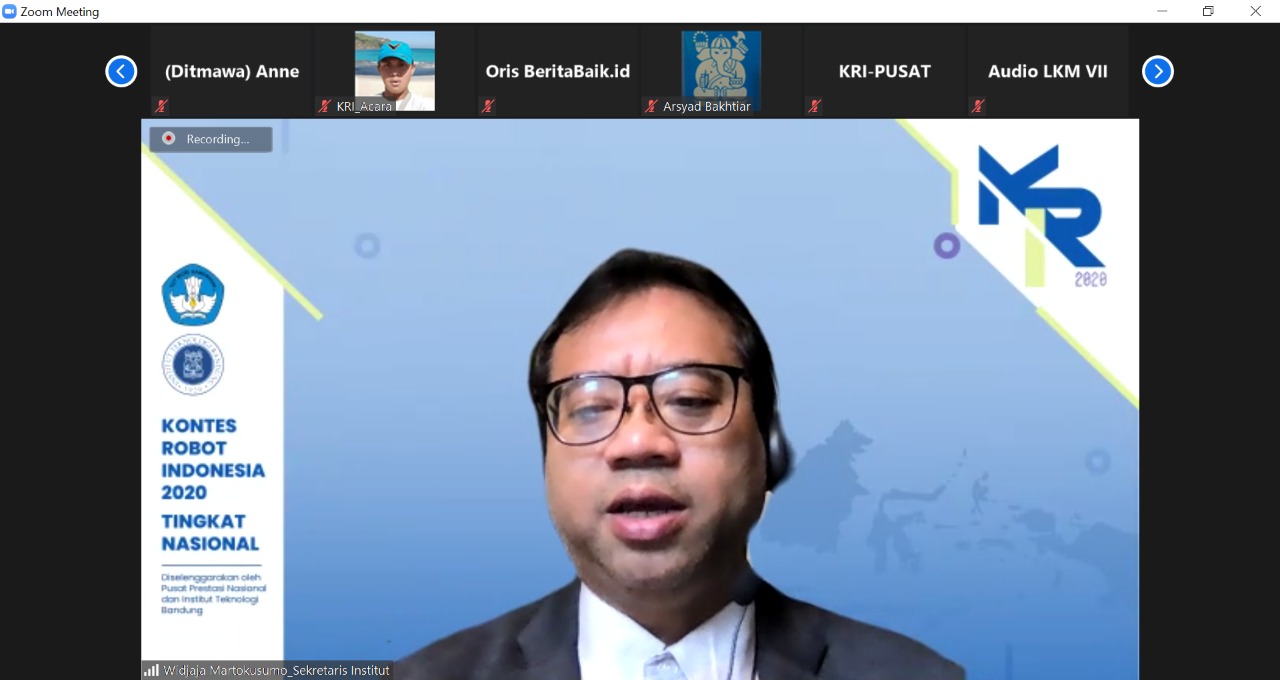 “We need to appreciate the committee and students who are very dedicated in participating in and supporting this activity, in the midst of the outbreak of the COVID-19 pandemic, which are forced to change their lifestyle and ways of communicating, including in holding competitions like this,” he said.

Meanwhile, The Head of Puspresnas Kemendikbud Task Executor, Asep Sukmayadi, S.IP., M.Si. said, The Robot Contest is an event to develop student achievement which is the main task of Puspresnas Kemendikbud. Puspernas has 64 talent events at all levels from elementary to university education. From the 64 events, they are divided into four clusters, namely (1) development of achievements in the fields of science, technology, innovation and research; (2) achievement development in the fields of arts, language and literacy; (3) achievement development in the field of entrepreneurship and cooperatives; and (4) sports, health and physical development. 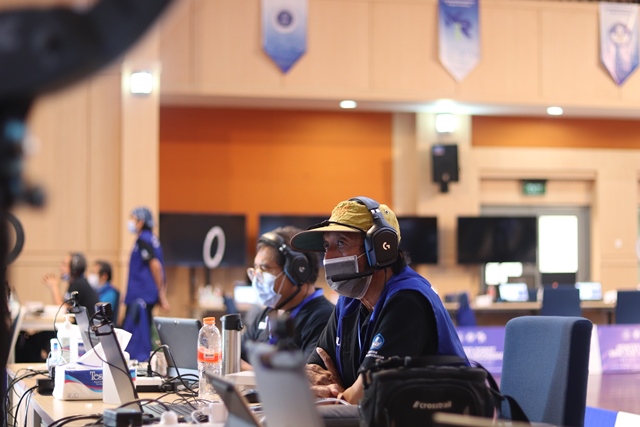 *Jury of the National Robot Contest 2020

“This is a form of our service (Puspresnas) for the development and assistance of the student’s achievement who apply what Ki Hajar Dewantara called as ' olah pikir, olah rasa, olah hati, dan olah raga' that we are trying to organize,” he said.

He said that apart from that, the main objective of holding the National Robot Contest is to prepare students with Pancasila, among which are characterized by independent, creative, noble, and tough.

The history of the Indonesian Robot Contest has been going on for a very long time. Starting in 1993 when PES-ITS (currently Surabaya State Electronic Polytechnic) held the first robot contest in Indonesia with the name Indonesia Robot Contest (IRC) 1993. Over time, in 2003 this robot contest became the official national robot contest, organized by the Directorate General of Higher Education, Ministry of Education and Culture. 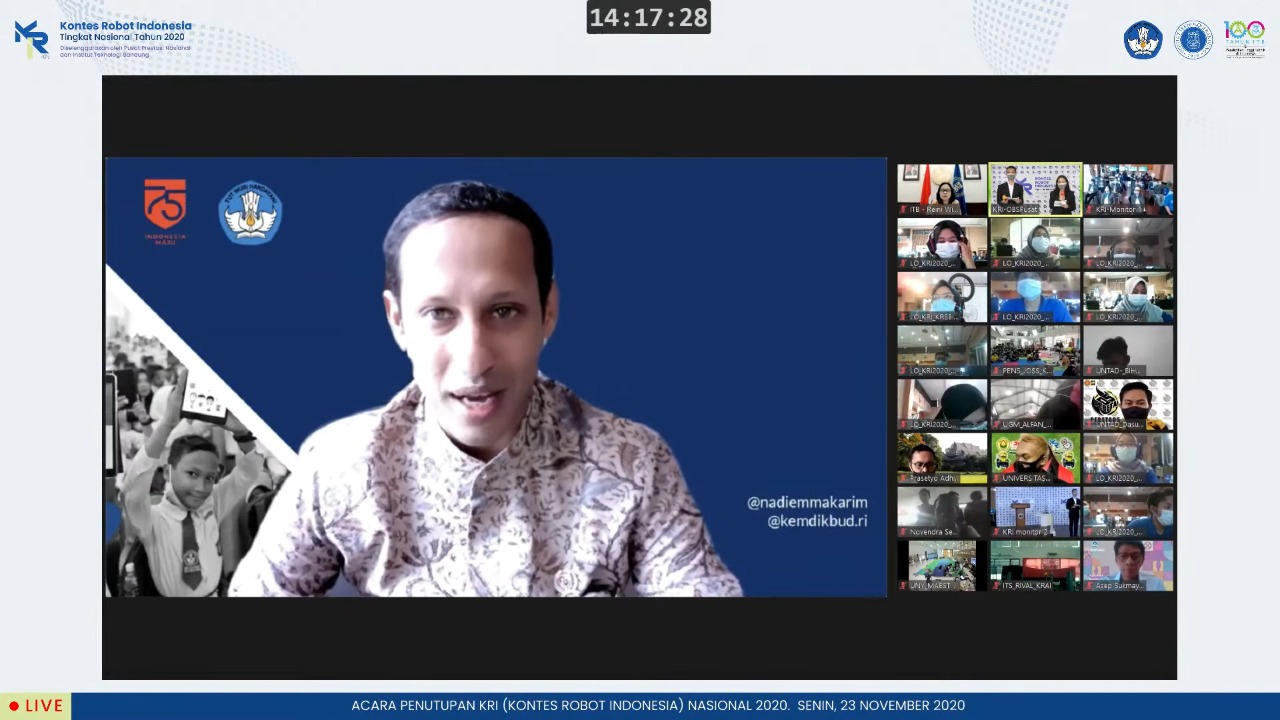